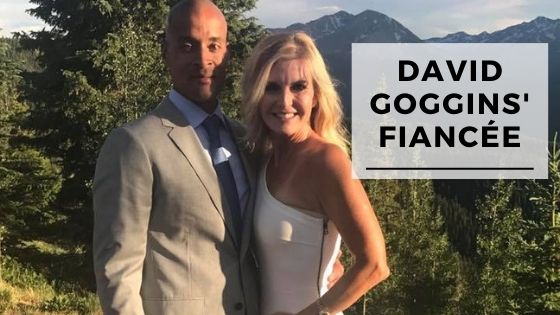 “You are in danger of living a life so comfortable and soft that you will die without ever realizing your true potential.”

― David Goggins, Can’t Hurt Me: Master Your Mind and Defy the Odds

Telling who David Goggins is, might surprise you because he is not just an American ultramarathon runner. He is also an ultra-distance cyclist, triathlete, public speaker, author, retired United States Navy SEAL, and former U.S. Air Force Tactical Control Party member. With these tons of great achievements and contributions, he has an interesting life story to tell the world.

David Goggins was born on February 17, 1975. His parents are Trunnis and Jackie Goggins, and he has a brother named Trunnis Jr. He lived in Williamsville, New York, and at a young age, he worked at his father’s skate rink. That’s when he’s only six years old.

The story about his family life doesn’t end there. David, including other family members, experienced abuse from his father. They tried to escape from him, and he talks about this in the book he authored, Can’t Hurt Me.

The Rise to Fame of David Goggins

When he was on his training for ASVAB, he was diagnosed with sickle cell trait, which caused him to be removed from the training.

David Goggins applied in the United States Air Force Pararescue. He was accepted into training in ASVAB after failing it twice but didn’t finish the training because he was diagnosed with sickle cell trait. After that, he completed U.S. Air Force Tactical Air Control Party training and worked as TACP for five years. Goggins graduated from BUD/S training after three tries. He served in the military for 20 years and graduated from Army Ranger School, where he received a “Top Enlisted Man” award.

David entered the Badwater Ultramarathon as a fundraiser, but he was advised to enter another ultramarathon. With tons of marathons he joined, he won awards and certificates, which made him live with Jesse Itzler, an Entrepreneur who saw him during the 24-hour ultramarathon. Jesse Itzler created a blog about David’s experience and published it as a book entitled “Living With a SEAL.”

On December 4, 2018, David released his book, Can’t Hurt Me: Master Your Mind and Defy the Odds.

In this post, you will find exclusive information and photos of David Goggins’ current fiancée.

David Goggins was once married to Aleeza, but they ended their marriage around 2007 to 2008.

His current fiancée is Jennifer Kish. Jennifer Kish comes from a financial background and works for him as an Executive Director at Goggins, LLC. She graduated from Franklin Marshall College in Lancaster, Pennsylvania.

Throughout her career she occupied several high profile jobs:

Jennifer Kish is also a great athlete, she is a long-distance runner.

Here is a photo of her training with her fiancé David Goggins.

Jennifer Kish with her family and friends

What disease did David Goggins?

David was diagnosed with sickle cell trait, which made him leave his training in ASVAB. He had the choice to return and start over, but he preferred not to.

David Goggins retired as a U.S. Navy SEAL, and he is the only member who completed the SEAL training in the U.S. Armed Forces. He graduated as “The Enlisted Honor Man” in the U.S. Army Ranger School.

Goggins is with the SEAL Team Five, where he made combat deployments to Iraq. He also serves as a training instructor.

David Goggins is an author and a motivational speaker. He posts some content on his social media accounts to inspire people. He also has a self-help memoir, Can’t Hurt Me.