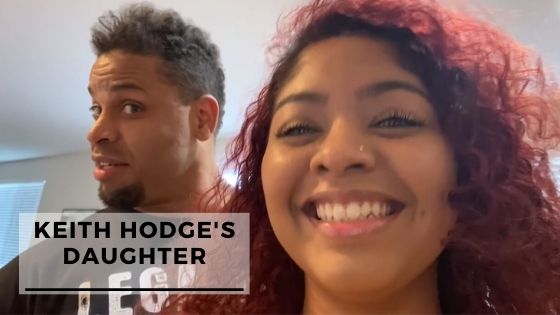 Dana Hodge is the daughter of Keith Hodge, one of The HodgeTwins.

The HodgeTwins are popular because of their comedic stunts, fitness journey, conservative political commentaries, and relationship advice. One of the twins is Keith Hodge, an American YouTube personality, actor, social media star, fitness guru, and entrepreneur. He was born on September 17, 1975, in Martinsville, Virginia.

Keith Hodge studied and graduated with a degree in Accounting and Finance from American InterContinental University. He went to the Marine Corps and started a YouTube channel with his twin brother, Kevin Hodge. Their content is more about comedies, then, later on, became conservative political commentaries. Eventually, they started having some gigs as stand-up comedians and became fitness gurus.

Get to Know Dana Hodge

On her first video on YouTube, she uploaded a Q&A video about herself where we got to know her more. She was born in California, moved to Virginia when she was 11 and lived there for six years. Then, when she turned 18, they moved to Las Vegas, Nevada, where she currently lives. She dreams of attending Cosmetology and getting a license, and she wants to open up her own salon one day.

Most of Dana’s YouTube videos are about herself, her daily life, lifestyle, and most are some reaction videos, and some videos of her father and uncle Kevin.

In this post, you will find information and photos of Dana Hodge alongside her parents and siblings.

Dana Hodge with her parents Keith and Elizabeth

Just like her father, Dana started her career on YouTube when she was 18. That’s 2018, and her channel is growing because of her contents. Her father, Keith Hodge, made several appearances on her videos to boost Dana’s channel’s growth.

Dana Hodge alongside her two siblings

If you want to see more lifestyle videos, get to know Dana, or know her reactions about The HodgeTwins, you may find it on her YouTube Channel, Dana Hodge, or you may follow her Instagram account, @melinah0dge