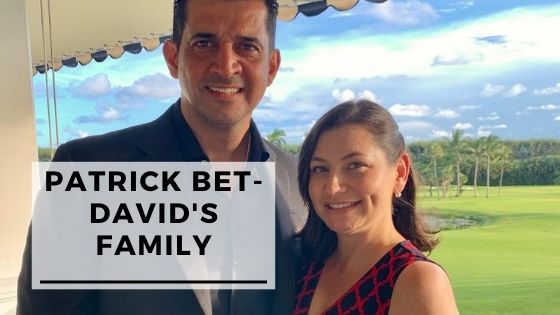 An Iranian-American entrepreneur, Patrick Bet-David, has an inspiring story to tell. He is a financial advisor and made a name as a founder of an insurance sales, marketing, and distribution company, PHP Agency Inc. What is more; he is a host in a show where he interviews well-known people.

On October 18, 1978, Patrick Bet-David was born in Tehran, Iran. He got an education from Harvard Business School Executive Education.

The Rise to Fame of Patrick Bet-David

From escaping war-torn Iran to becoming this successful, Patrick Bet-David now has many accomplishments to brag about. He owns a financial services firm, PHP Agency, Inc., and created a channel, Valuetainment, one of the leading YouTube channels for entrepreneurs. He is also an author of the book “Your Next Five Moves.”

Patrick became popular when he captured the attention of entrepreneurs across the globe. He created a video about “The Life of an Entrepreneur in 90 seconds.” It accumulated millions of views.

In this post, you will find information and photos of Patrick Bet-David’s wife and children.

Scroll down to see all the Bet-David family photos

Patrick Bet-David with his wife Jennifer

Patrick Bet-David has been married to Jennifer Bet-David for a decade now, and they have four children, Patrick, Dylan, Senna, and Brooklyn, plus successful businesses. Patrick started PHP Agency, Inc. with his wife Jennifer, and both are very passionate when it comes to business and family.

See also  Best 12 Pics Of Kevin Systrom With His Wife

They first met as colleagues in an agency, and after five years, they went on a date. After dating for one year and a half, they get married. After getting married, they quit their jobs and started their own company, which is now successful.

Get to Know Jennifer Bet-David

Jennifer Bet-David was born in LaPorte, Texas, United States. At a young age, she used to go modeling and enter pageants. She took Business Administration, Management, and Operations at Houston Community College and graduated in 2001. Then, she went to UCLA Extension for Writers program. Aside from being interested in business, she also wanted an entertainment career. When she was qualified to enter the Ms. Texas pageant, she declined because she wanted to go to acting school. She’s done commercials and modeling jobs and decided to pursue a career in Hollywood. But, she decided she wanted to get a license in real estate but was recruited to an insurance agency. She worked at this insurance agency company as a top producing agent and was eventually promoted to a broker, supervising agents.

When she took a training course, she met Patrick Bet-David.

In 2009, when she and Patrick started their insurance agency, she worked hard in payrolls, commissions, licensing, contracts, marketing, merchandising, and more. Now, she is the executive vice president of PHP Agency.

Patrick Bet-David with his wife Jennifer and their three children

Note: Brooklyn is not yet born during this time, and there are no photos disclosed yet about their fourth child.

How did Patrick Bet-David get rich?

Patrick Bet-David is an entrepreneur and a financial advisor who started his own life insurance company, the PHP agency. He achieved a net worth of almost $150 million with his achievements and work.

What is Patrick Bet-David’s nationality?

How long did Patrick Bet-David serve in the military?

Patrick Bet-David was in the marines and served for almost eight years.

Did Patrick Bet-David go to Harvard?

Yes, Patrick Bet-David went to Harvard Business School and accumulated a GPA of 1.8.

When did Patrick Bet-David start his business?

Patrick Bet-David founded a life insurance company, PHP Agency, Inc. He started this business using all his hard-earned money in 2009.

Where did Patrick Bet-David move to?

Patrick Bet-David has a $20M mansion in Fort Lauderdale.

10 Pictures Of Chris Sain With His Wife