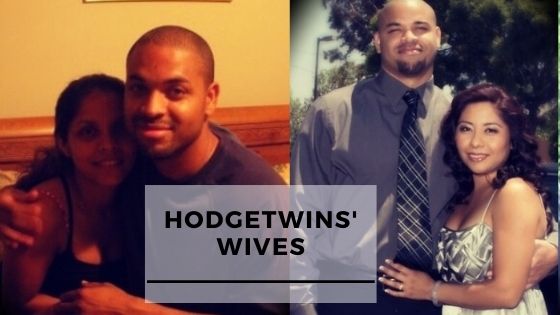 There is no secret that the twins would definitely love to do things together, especially being married. Their penchant for a big family may come from their experiences as a child. The twins grew up in a family of four children, and they are the youngest. They have a sister named Rosalyn and a brother named Timmy.

It’s surprising that both Keith and Kevin also have similar tastes when it comes to their wives since they married of Mexican descent. Keith’s wife is Elizabeth, and they have been married for two decades now. Kevin married and kept the details for their privacy. Their wives are just as sweet as them and very supportive in their jobs. They never forget to check up on their husbands. Of course, The HodgeTwins are very appreciative of their wives for taking care of the family when they are on tours.

In this post, you will find rare photos of the HodgeTwins with their wives.

Keith and Elizabeth were best friends, and eventually, their love for each other bloomed. These two married in 2000, and their marriage has been going strong for two decades now. They have three kids, yet they are a bit secretive about their children’s lives and information.

Kevin is the most deceptive one about his private life. His marriage with his wife, Candy, has been a secret, but everyone knows, for sure, that he has been married for a long time. They now have four kids and are staying strong.

The twins grew up in a low-income family. One surprising story is that they used to shoplift to have food when they were young. But, despite this situation, they entered college and took up a degree in Accounting and Finance.

Keith became an army officer in the US and also worked in a Finance department. On the other hand, Kevin entered the industry of comedy and made a movie, “The Last of the Great Romantics.”

Before they started YouTube, they entered the Marine Corps in the United States of America. By the time they entered YouTube, their first video was a skit of an argument inside a restroom. With their funny and humorous uploads, they earn more than half a million subscribers in years, and today there are more than that.