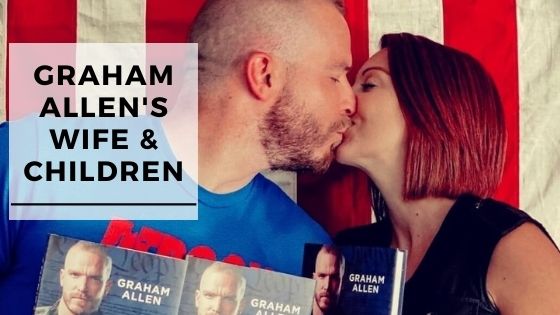 Graham Allen is a social media influencer, who rose to fame through his eponymous Instagram account, @grahamallen1, with now over 896k followers. He is known as one of the most popular social media stars in the United States.

The social media star was born on January 27, 1987, in Florida, United States. Growing up, he is known as a good student who is very responsible for his studies. He dreamed of joining the military because of his father, who was an Army Veteran.

Because of his dream, he worked hard and trained to achieve the body he desired. After his military years, he became a social media personality who uploaded a video he never knew would get tons of views. And this is where he started his journey on social media. After that, he started his own rant show named “Rant Nation” on Blaze TV. Moreover, he is the founder of Graham Allen Media LLC and the Editor and Chief of DailyRants.com.

The Rise to Fame of Graham Allen

Before becoming a social media star, Garry Allen was a former Army Staff Sergeant and Army Combat Veteran. After serving in the military for almost 12 years, he started making videos and rants on social media. His first video is in 2016 while he’s on a recruiting tour in South Carolina. Without knowing it would hit big or go viral, today, he is known as one of the fastest-growing social media platforms in the US, gaining almost a million followers on Instagram.

In one of his videos, he recorded how an older person drove at high speed and pulled the car, ranting about bad drivers. After getting tons of views and reactions from the online community, he started making and uploading more. He started making fun of other people without hurting them and ranting about political affairs. He also hosts Hit TV Show and Rant Nation.

In this post, you will find the best photos of Graham Allen alongside his wife and children.

Graham Allen is the author of the book America 3:16 and the host of the podcast Dear America.

Graham Allen and his Wife, Ellisa

The social media star exchanged vows with Ellisa on April 1, 2009. It’s funny how they married on April fool’s day. But for sure, their love for each other isn’t a joke.

Ellisa Allen is the president of a foundation founded by Graham, the Dear America Foundation. She is also the co-founder of Nine Twelve United.

These two lovebirds have been married for more than a decade now, and a post from Graham for his wife on their 10th Anniversary is surely touching. A remarkable quote from the post mentioned: “In the beginning, I saved you. Somewhere in between, you saved me.”

They happily create a family as their marriage blooms and now have three children. They have two sons and a daughter.

How much does Graham Allen make?

With all of Graham Allen’s achievements, contributions, popularity on social media, and his status in his career, Graham Allen’s net worth could have been around $2 million or more.

See also  Top 6 Photos Of Mike Diamonds With His Girlfriend

What branch of military was Graham Allen in?

In 12 years, Graham Allen served in the United States Army plus two hours in Operation Iraqi Freedom. He completed his service as Army Staff Sergeant.