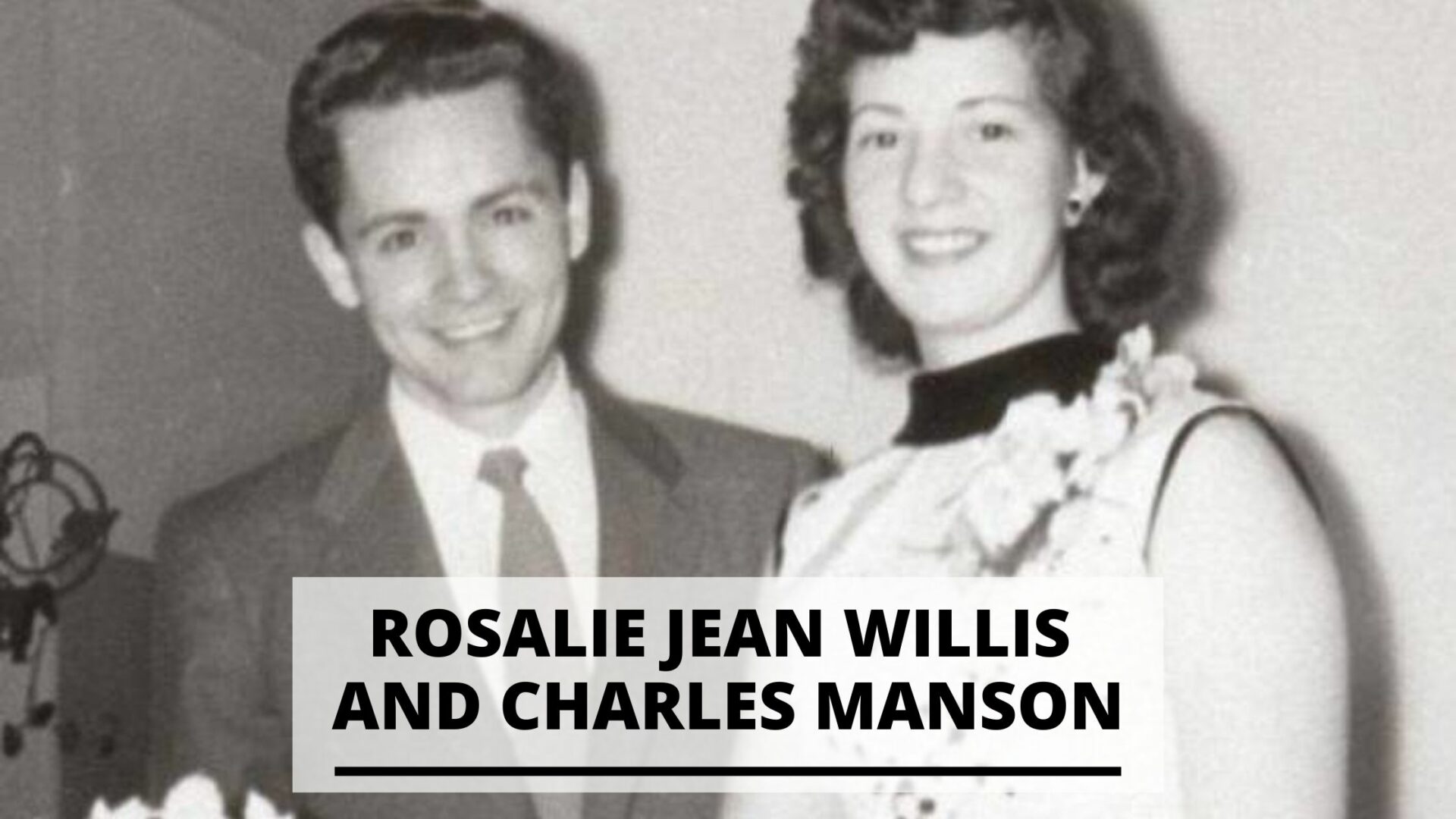 Rosalie Jean Willis was among the people destined to live a long life where she would outlive her own children. She had to see all three of her children die in front of her while she lived to see old age. Also, she married Charles Manson, one of the worst possible people in history.

Rosalie’s married life with Charles Manson was full of hardship. Here, we will look at Rosalie’s children, death, biography, and more.

Get to Know Rosalie Jean Willis

Rosalie’s parents divorced when she was young, and her father worked as a coal miner. Her parents have four children, and Rosalie was the third child. She had three siblings: two elder sisters named Amy and Eileen and a brother named Clarence “Buster” Willis.

Rosalie Jean Willis first met Charles Manson when she was working as a waitress in a hospital. Manson was in his twenties at the time, and the couple got married on January 7, 1955.

Manson was a small-time auto repair person and car thief at the time, but he was an honest man.

Manson and his mother, Kathleen Maddox, had recently been to Charleston, West Virginia, where they met Rosalie’s father.

Willis always suspected that her husband was up to no good, but she hoped he would change his ways.

When Rosalie Jean Willis and Charles Manson moved to Los Angeles, they were expecting their first child. Manson continued to steal cars to support the family, but he was also in and out of prison several times during their marriage.

By the time their son, Charles Manson Jr., was born in 1956, Jean was effectively raising the child on her own.

Her mother-in-law stepped in to help with the childcare, but Jean was essentially a single parent.

As time went on, it became clear that it was never going to happen, and things just kept getting worse and worse.

Frequent visits to see Charles in prison led Rosalie to believe there was no future with the man. In 1957, Rosalie settled with another man while her husband was still incarcerated. Their relationship ended in a divorce.

Eventually, she had no choice but to divorce him, which she did in 1958, three years after they married.

Despite moving away from the criminal, Charles Manson Jr. could not escape his father’s shadow. He failed to overcome the trauma of being the son of a murderer, so he shot himself in the head at the age of 37.

The Manson family was a product of a violent and sordid era. In 1969, they committed brutal murders of five people one night in August on Cielo Drive. Charles Manson, a member of this so-called Satanist family, was living a traditional life as an honest man when he married Rosalie.

Charles Milles Maddox was an American criminal born on November 12, 1934, in Cincinnati, Ohio. He was best known for his role as a notorious cult leader. In 2017, at the age of 83, Maddox passed away.

In 1969, Charles Manson and his followers committed a series of murders, intending to start a race war through public disputes. After two years, the district attorney accused him of first-degree murder and attempted murder of several people, including that film actress Sharon Tate.

Can you believe that the person responsible for all these murders is a singer-songwriter? The Beach Boys once wrote and performed a song they recorded in 1968. Unfortunately, Charles Manson didn’t receive any credit for the tune. This led to an obsession with the band.

Here are some photos of Charles Mason.

After Rosalie divorced Charles Manson, she moved in with Jack White and married him. They had two more kids together before things went sour, and they decided to get a divorce themselves in 1965. Warren Howard Handley was the next man she married.

Willis had to endure a lot of tragedies. Her three children with her previous husband all passed away not from natural causes. This must have been something that she could never have imagined happening.

Despite all the tragedies that befell her, Rosalie left a legacy. Rosalie’s grandson, Jason Freeman, is a cage fighter and kickboxer now fighting to break the Mansion family curse.

Jason is doing this by justifying his father’s suicide. His criminal grandfather, Charles Manson Jr., had to see his father pull the trigger on himself, so Jason is trying to correct the wrongs of his family’s past.

On the other hand, Charles Manson married a woman named Candy Stevens after his divorce from Rosalie. He also has three children but could have more.

In 2014, he was engaged to a 26-year-old woman named Afton Elaine Burton. Charles passed away in November of 2017 in Bakersfield, California.

Rosalie was married three times in her life. Her third husband, Handley, passed away in 1998. She outlived him for 11 years and passed away on August 21, 2009, after a long battle with lung cancer.

Info and Pics of Kayden Gaulden and His Family