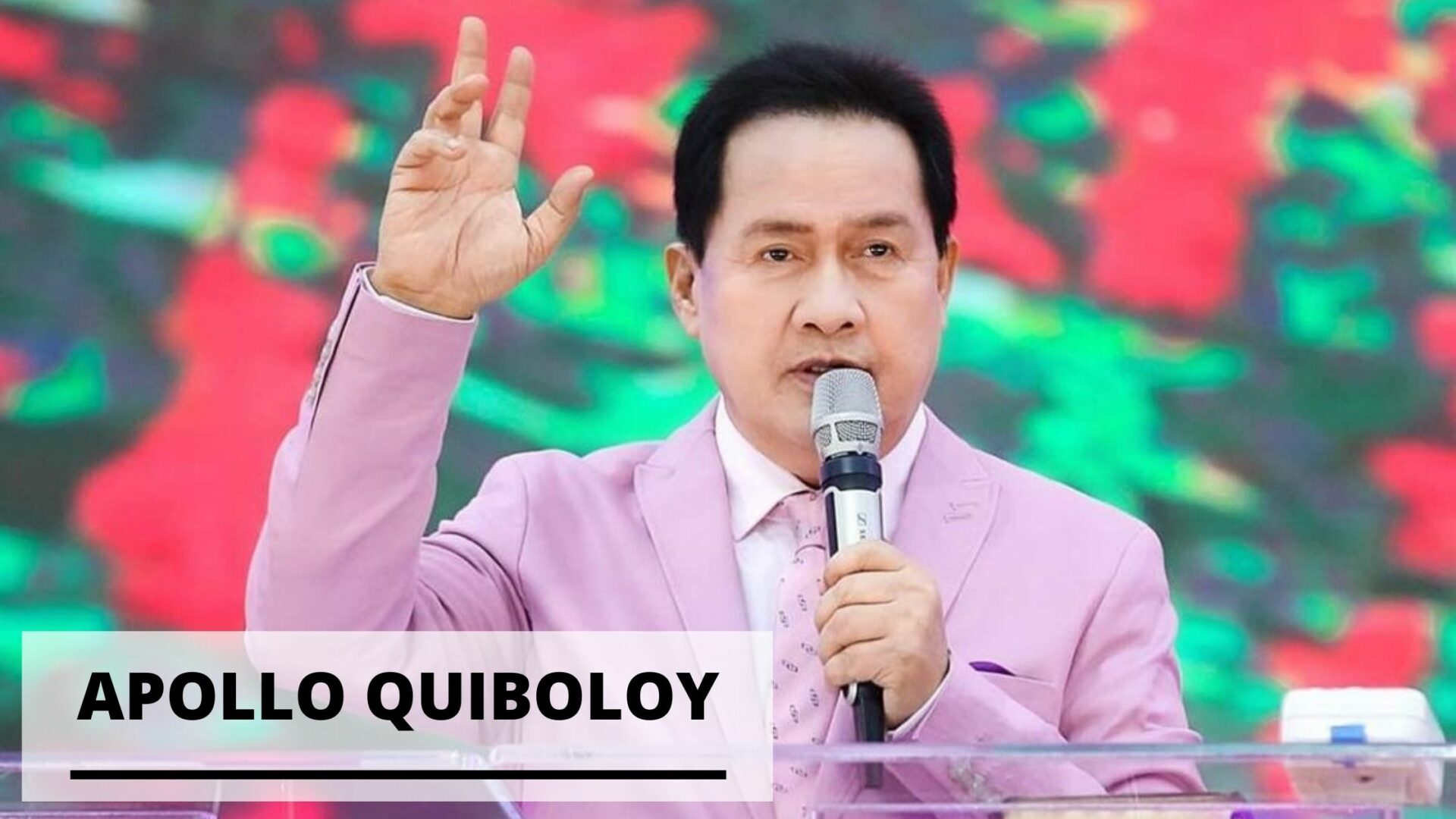 As a pastor and church leader in the Philippines, Apollo Quiboloy is well-known and respected for his work in the community.

However, he has also been involved in several controversies throughout his career, making him a well-known figure in Philippine society.

Get to know Quiboloy better by reading on!

Apollo was a former member of the United Pentecostal Church, and then he founded the Kingdom of Jesus Christ (KJC) in 1985.

Quiboloy’s teachings focus on his claims of being “the Appointed Son of God” and “the Owner of the Universe.”

Some of his more controversial teachings include his belief that the Bible teaches that homosexuality is a sin and that followers of other religions will go to hell.

Despite this, Quiboloy has a large following and has been able to expand the KJC into various countries worldwide.

The Rise to Fame of Apollo Quiboloy

Apollo Quiboloy is one of the most famous Filipino church leaders.

He is the founder and Executive Pastor of the Kingdom of Jesus Christ, The Name Above Every Name, which began preaching in the slums of Villamor, Agdao, and Davao City with only 15 members.

He has received critical responses to his claims of being the “Appointed Son of God.”

His followers refer to their community as a “Kingdom Nation,” claiming that their church has about 2 million “Kingdom citizens” abroad and 4 million in the Philippines.

Quiboloy founded José María College, a school named after his parents, in 2000.

Quiboloy stated that he had “divine powers” at his disposal, including the ability to control nature. He is convinced that it is because of these divine powers that Typhoon Kammuri (Tisoy) did not wreak havoc on Davao City.

In response to those critical of his earlier claims about his divine powers in preventing earthquakes from hitting Cotabato, Quiboloy clarified that he used the same powers to keep parts of the city safe, but only those inside his prayer grounds. Once those within his prayer grounds were “safe,” he did nothing for the rest of the city.

His ministry had a global television channel, the Sonshine Media Network International (President and CEO), and 17 radio stations in the Philippines.

Around the world, his newspaper was circulated weekly to followers in North and South America, Europe, the Middle East, Africa, Australia, and New Zealand.

In June 2014, he founded Sonshine Sports Management, which organized boxers and basketball players in Davao City.

Below are some photos of Quiboloy.

Who is the Wife of Apollo Quiboloy?

Pastor Apollo Quiboloy is one of the most famous and well-known Filipino church leaders. He has numerous followers worldwide, and even more so in his home country of the Philippines. But who is his wife?

Unfortunately, there is no public information about his wife or if he is married to someone. Any dating history is also not publicized.

Apollo Quiboloy is a controversial Filipino pastor and church leader. He has been involved in several controversies, the most notable of which is his alleged involvement in the massacre of K’lata-Bagobo leader Datu Domingo Diarog and his family on April 29, 2008.

Quiboloy has also been accused of brainwashing members and having them stay away from their families.

It is also believed that Quiboloy is behind the massacre of K’lata-Bagobo leader Datu Domingo Diarog and his family on April 29, 2008, for allegedly refusing to sell two hectares of their property for ₱50,000 to Quiboloy and his sect.

​On November 11, 2021, a group of lawyers under the United States Department of Justice filed a lawsuit against Quiboloy and other alleged pastors.

The Department claims that the accused pastors have been involved in some type of sexual activity with minors.

According to the suit, children as young as twelve years old were among those allegedly abused by the pastors.

The California-based organization “Children’s Joy” (claiming to be a charity) is also involved in this case against Quiboloy due to their possible involvement in trafficking human beings across state lines.

According to a report by the FBI, Quiboloy allegedly took advantage of underage girls he supposedly forced into “night duties,” where they were then sexually abused by the pastor.

A large number of the church’s donations were said to have been used to pay for Quiboloy’s lavish lifestyle; this includes vehicles and even paying off his luxury vehicle’s parking tickets!

See also  Info and Pics of Derek Chauvin and Wife

On February 5, 2022, a wanted poster was released in an attempt to take him down.