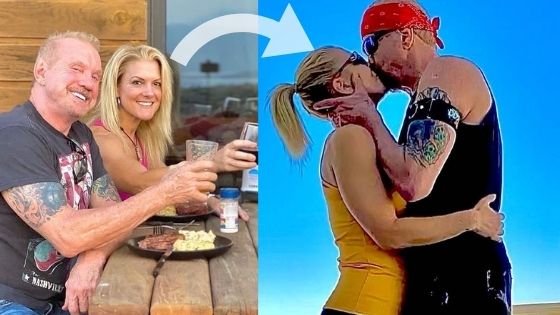 Everyone knows Diamond Dallas Page, but this is only his ring name. Page Joseph Falkinburg Jr., or Dallas Page, was born on April 5, 1956, in Point Pleasant, New Jersey. Often, he’s stylized as DDP, and he’s more than just a professional wrestler we know. He is an American actor and a fitness instructor, too.

Page is the eldest of the three children of Sylvia and Page Falkinburg Sr. His parents got divorced, so his father raised him. He went to St. Joseph’s High School, known as Donovan Catholic High School, and he was one of the JV basketball team. He transferred to Point Pleasant Borough High School and became a star basketball player. He went to Coastal Carolina University and eventually left school to work full time.

In this post, you will find information and pictures of Diamond Dallas Page’s current girlfriend.

The Rise to Fame of Diamond Dallas Page

Page has a long journey in his professional wrestling career. He started by running a nightclub in Fort Myers, Florida while working as a wrestling manager in the American Wrestling Association. Then he worked as a color commentator in Florida Championship Wrestling, which was renamed Professional Wrestling Federation. In World Championship Wrestling, he was a Jimmy Garvin and Michael P.S. Hayes manager. Then from there, the rest is history.

We’ll keep everything short about him because his accomplishments are too many to mention on this page. In his two decades on the wrestling field, He was wrestled for mainstream promotions of World Championship Wrestling, World Wrestling Federation, Total Nonstop Action Wrestling, and All Elite Wrestling.

Page has run DDP Yoga, an online fitness video business, in 2012, which is based on yoga and dynamic self-resistance.

After finalizing his divorce in 2020, Diamond Dallas Page got himself a new girlfriend. Her name is Payge McMahon.

It’s worth mentioning that Diamond Dallas Page was married twice. His first marriage was in 1991 to Kimberly Page, née Kimberly Lynne Bacon. The marriage ended in divorce in 2005.

His second marriage was in 2015 to Brenda Nair, this one didn’t last long, and the divorce was finalized in 2020.

Page and Payge met when he was putting stuff on the rack. Payge looked at me and asked if he was friends with Ira Dean. After answering Payge’s question, she asked him, “You’re Page, right?” Page said, “Yeah!” Then she responded, “So am I.” That’s because her name is Payge too. They dated and stopped for a long time. After Page got divorced, he came across Payge’s Facebook, and they started talking and dating again.

Page married Payge McMahon on December 9, 2021. It was a surprise ceremony that Page and his daughter Brittany planned. They told Payge it would be a Christmas Party, only to find out they would get married.

Get to Know Payge McMahon

Payge McMahon is a retired athlete and Yoga instructor. She is also a fitness instructor and physical rehabilitation specialist. Payge describes herself as adventurous because she enjoys traveling the world, climbing mountains, and running. But, her journey wasn’t easy since there were obstacles that came her way. She had broken her back twice and six vertebrates.

Like Page, Payge was also married before when she was 24, but she was busy in her corporate life. Things changed when her mother died of lung cancer. She found her mother’s bucket list and completed these by herself.

Payge is a yoga instructor and now an adventurer. She’s constantly pushing herself to reach her goals and doing everything she can.

Why did DDP leave WWE?

DDP retired in 2002. He left WWE because of a neck injury.

How old was Diamond Dallas Page when he started wrestling?