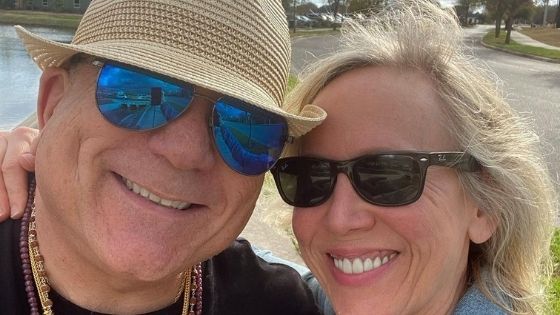 On December 29, 1953, Joseph Vitale was born in Niles, Ohio. He attended Niles McKinley High School. He is a spiritual teacher known for his appearance in The Secret movie. He is also the author of The Attractor Factor.

Joseph went to Kent State University when he moved to Kent, Ohio. After that, he began his career as a copywriter in Houston, Texas. He wrote his first book in 1984, entitled “Zen and the Art of Writing,” In 1995, he wrote “Hypnotic Writing.” He started accumulating professional clients, including Red Cross, Children’s Memorial Hermann Hospital, and other businesses.

Joseph Vitale was once homeless, but he is now a successful and today’s bestselling author from all the challenges he encountered.

The Rise to Fame of Joseph Vitale

Joseph Vitale is not only an author, but he made several appearances in movies. He was an expert on the Law of Attraction in some movies like Try It On Everything, The Compass, and The Search for a Balanced Life. Then, he joined ZERO LIMITS Mentoring and Mastery programs, and he helped people achieve their dreams by understanding the law of attraction and the law of the right action.

Joe created the Miracles Coaching Program, which helps students through the Law of Attraction processes, and was featured on the Larry King Live show. He also worked with Operation YES or Your Economic Salvation. This program provides mental and financial assistance for the homeless to end this problem in the United States.

Joe Vitale’s current girlfriend is Lisa Winston, a TV host, speaker, and international Bestselling Author. Joe and Lisa met in January 2018. Lisa told Joe once that she wanted to write a book. Then, Lisa drove off to Pennsylvania to take care of her dying mother. After a few months, Joe saw Lisa again, and the book was almost finished.

It’s worth mentioning that Joe Vitale was married twice before his current relationship.

His first marriage lasted more than 25 years, but it ended in divorce.

Get to Know Lisa Winston

Lisa Winston is a gifted vocalist, TV host, inspirational speaker, and artist. She’s also known as the #1 international bestselling author. Lisa is also a Soul Expression Coach whose life has been full of challenges. One of the challenges she faced was losing her home to wildfire and breast cancer. Because of these challenges, she became determined to find the deeper meaning behind her struggles and found her true calling at the same time.

In addition to that, Lisa produced influential global summits and was featured on national radio and TV shows. She also co-hosted “The Mindset Reset TV Show,” which features visionaries, top business people, spiritual teachers, and entertainers. It has reached millions worldwide because of her determination.

Lisa has been a speaker at some major online summits and interviewed many spiritual teachers, celebrities, and motivational speakers. Her talks include Dr. John DeMartini, Dr. Joe Vitale, and Arielle Ford. Lisa has been interviewed and featured by many major publications and outlets, such as The Conscious Pivot Podcast, Constance Arnold, and Paula Kidd Casey from Law of Attraction Radio. She’s also had the opportunity to interview celebrities and spiritual teachers, such as Dee Wallace, Kevin Sorbo, Marci Shimoff, Debra Poneman, Gay Hendricks, and more.

Lisa co-authored three best-selling books and wrote several for others in her writing career. One of her own recent books is “Your Turning Point,” which became the #1 international bestseller in 2018. She also co-produced “Own the Stage Austin” with Joe Vitale, which is a live event in 2018.

Check out Joe Vitale’s video! This is about you having a power to choose your perception:

What is Dr. Joe Vitale a Dr of?

Joe Vitale is only a doctor in words, but not a real doctor. He received his doctorate in metaphysics at the University of Metaphysics.