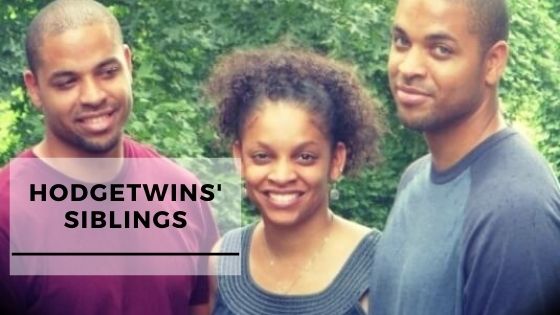 The HodgeTwins were American stand-up comedy duo and brothers who have made a name for themselves doing commentary on all things political. Keith and Kevin Hodge became popular on YouTube, but 2016 marked their debut as touring stand-up comedians.

They are known as a fitness duo who started their comedy channel and gradually created content about fitness and relationships. They gain popularity because of their humorous content and conservative political views. Because of this, they reached a number of followers up until the presidential elections.

Kevin and Keith were born in Martinsville, Virginia, on September 17, 1975, and were the youngest in the family. They grew up in a low-income family, making them shoplift to have food on the table. With great motivation, they passed through college, joined the United States Marine Corps, and worked several jobs.

The Rise to Fame of The HodgeTwins

The rise to fame of these twins was in 2008 when they uploaded their first video on YouTube of an argument in a restroom. With their funny and engaging content, they gained tons of subscribers, and since then, they have been known as “The HodgeTwins.”

In this post, you will find rare photos of the Hodgetwins’ family. Keith and Kevin Hodge have two siblings, one older brother, and one younger sister.

The Hodgetwins with their sister Rosalyn Hodge

Keith and Kevin have older siblings, Rosalyn Hodge and Timmy Hodge. Their public information and details aren’t much shared with the public.

The Hodgetwins with their mother, Christine Hodge and two siblings, Timmy and Rosalyn Hodge

Rare photo of the Hodgetwins with their two siblings, Timmy and Rosalyn Hodge

Facts about the HodgeTwins

The HodgeTwins accumulate big through their YouTube pay, fitness work, and comedies. They have an estimated net worth of $3.8 million.

Why are the Hodgetwins famous?

Kevin and Keith Hodge are famous for their stand-up comedy content, conservative politics, fitness, and relationship tips. They became famous on YouTube as “The HodgeTwins” and had millions of subscribers on the platform. They are one of the most popular YouTube channels.

Which Hodge twin has scar on his forehead?

You can definitely know which is which with the HodgeTwins. Kevin Hodge has a scar on his head, so you will instantly know Keith and Kevin.

Do the Hodgetwins have degrees?

Despite their situation before starting YouTube, they graduated with a degree in Accounting and Finance from the American InterContinental University.

Are the HodgeTwins married?

Yes, they are long married to their spouses. Keith Hodge married Elizabeth in 2000, while Kevin married Candy, which was kept secret in a year they tied the knot.

Top Photos Of Mike Diamonds With His Girlfriend

Top 11 Pics Of WillNE With His Girlfriend Miaxmon

Best 10 Pics Of LazarBeam With His Current Girlfriend

9 Pics Of Michael Stevens from Vsauce With His Wife