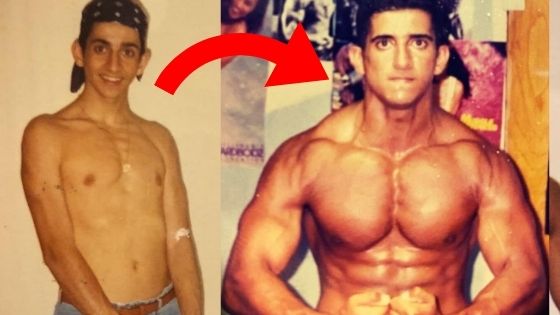 Patrick Bet-David is a successful Iranian-American entrepreneur and television personality. He was born in Tehran, Iran, on October 18, 1978. Today, Patrick is the founder of PHP Agency, Inc., a network marketing and financial agency. Having his education at Harvard Business School in 2008, he began to pursue a career as a business consultant and financial advisor. He is currently the host of his own talk show series distributed on YouTube called Valuetainment, which features conversations with some entrepreneurs like James Worthy, Magic Johnson, Mark Cuban, and many others.

Patrick Bet-David had a very lofty goal to want to become Mr. Olympia. Still, he put that dream on hold in order to work at Morgan Stanley, where he learned the ropes of how to manage different types of investments with as many moving pieces as there are stars in the sky. Far from qualified and having no degree or experience in finance before deciding he wanted to work at Morgan Stanley, Patrick was ultimately still able to land his first “big boy” job because his positivity and confidence caught the attention of his future boss.

In this post, you will find rare photos of Patrick Bet-David back in the day when he was doing bodybuilding.

Patrick Bet-David was aspiring to start a career in bodybuilding before he joined the military in 1997. In one of his Instagram posts, he mentioned that he dreamed of becoming Mr. Olympia one day. That’s when he was only about 22 years old. He was known to have great genetics. Many of his peers said that he had all the potential to have an excellent professional career in bodybuilding. His strongest points remained in his amazing pectorals and deltoids.

One day, he went to Mr. Olympia 2001 to network a team to help him compete. He said he received two phone calls. One of those calls was meant to take away his dream of bodybuilding and shift to business. He posts tons of bodybuilding content on his social media, and many are surely curious about this.

Patrick Bet-David doing one of the most famous bodybuilding poses, the Front Lat Spread

This photo of Patrick Bet-David and Dorian Yates was taken in Muscle Beach, California when he was 19 years old.

The second part of the photo was taken when Dorian Yates came as a guest on Valuetainment in 2019 with a difference of 21 years.

Patrick Bet-David is an avid bodybuilder who has been following the sport for years. He notices that it’s not as popular as it once was, and there are far fewer athletes taking part in competitions. Admittedly, the Mr. Olympia competition used to be considered one of the very best in its genre. Still, today, plenty of critics would argue otherwise in terms of skill level and physical attributes compared to past winners.

Patrick Bet-David has recently been outspoken about his love for Mr. Olympia. He recorded and made public statements, clarifying his opinions about the bodybuilding event. During the past few years, Bet-David has had many opinions on bodybuilding and its athletes. He has been critical of the organization’s support for athletes and how that may be why they can win competitions worldwide.

Despite canceling his dream of becoming one, we all can see how passionate Patrick Bet-David is in the bodybuilding industry. But, for better luck, who could’ve imagined that from dreaming of becoming a bodybuilder to handling and criticizing the industry of it. Who knows, maybe one day, he’ll own a bodybuilding career soon.