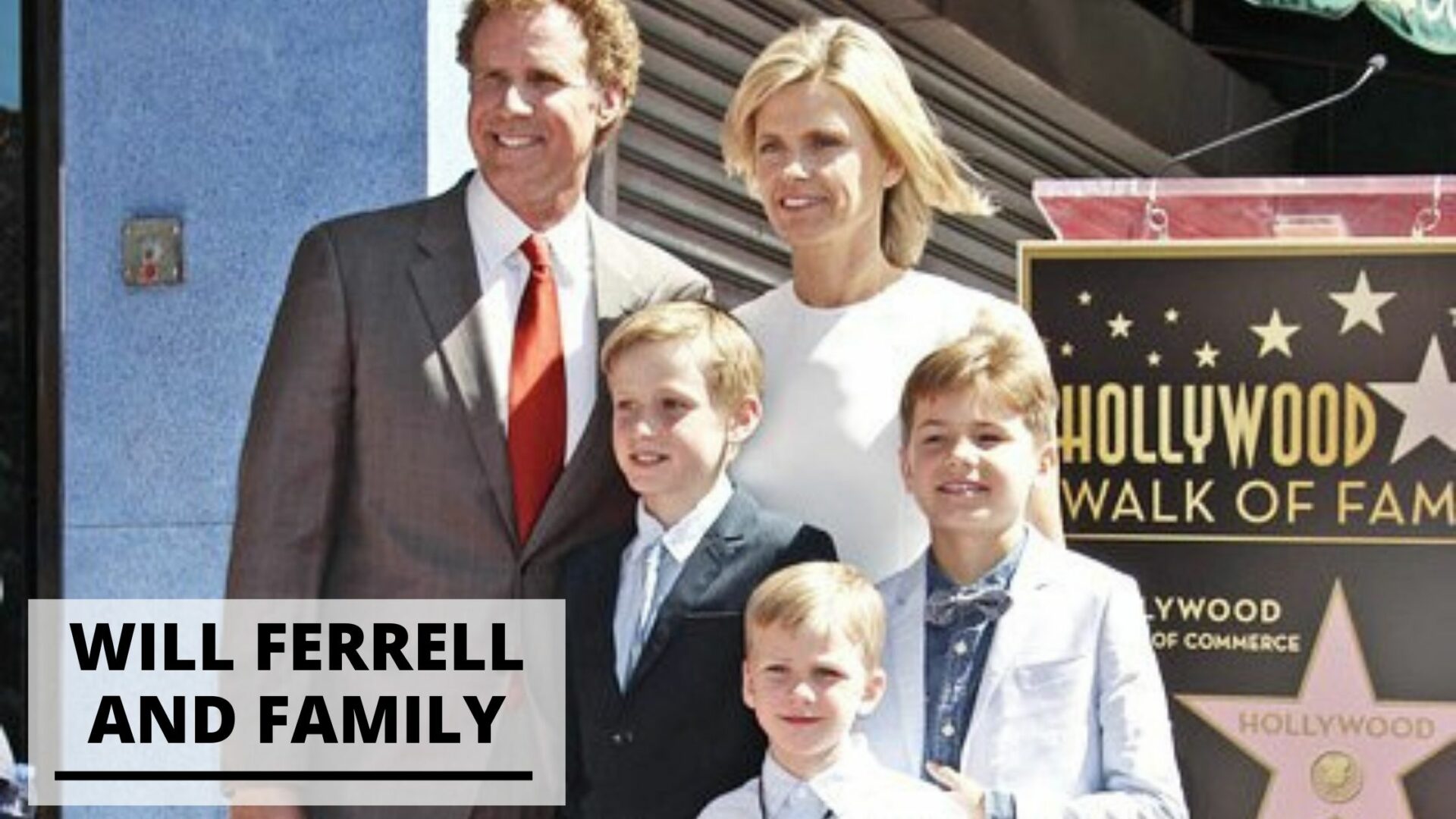 If you’re an American comedy and entertainment fan, then you probably know who Will Ferrell is.

This renowned actor and producer is best known for his roles in the films Anchorman: The Legend of Ron Burgundy, Land of the Lost, and Blades of Glory, as well as his work on the TV show Saturday Night Live.

But who is this funny man really behind the scenes?

Well, read on to learn all you need to know about Will Ferrell, from his life and career to his wife and children.

Who is Will Ferrell? Well, as you may know, the man is a comedy legend.

He has had a successful career in television, movies, and even sports.

John William Ferrell, or what we know as Will Ferrell, was born on July 16, 1967. He is known as an actor, comedian, writer, and producer.

He is also a member of the generation of leading Hollywood comic actors called Frat Pack, which emerged in the 90s and 2000s.

The Rise to Fame of Will Ferrell

Will Ferrell has had a successful career in Hollywood, and his roles have ranged from TV shows such as Saturday Night Live to movie roles like Anchorman and Blades of Glory.

He started out as a standup comic and later transitioned to acting.

Will Ferrell is a comedian, actor, and producer who has become well-known worldwide.

Before joining the Groundlings, Ferrell had little success with standup comedy and focused on writing as his main form of creativity. He started getting involved in the intermediate writing classes at The Groundlings and quickly loved improvisation.

He soon realized that he enjoyed impersonating people and creating original characters too!

He started his career in the late 1980s as a struggling comedian and has since gone on to star in numerous films and TV shows.

After SNL’s drop in popularity from 1994 to 1995, Lorne Michaels had to look for new cast members for the show again.

One day he saw some people doing comedy shows from The Groundlings and asked Will Ferrell, Cheri Oteri, and Chris Kattan to audition. The three did their audition and eventually joined the cast of Saturday Night Live.

His most successful role to date is as Ron Burgundy in the 2004 comedy film “Anchorman.”

Here are some movies or projects by Will Ferrell:

Will received a star on the Hollywood Walk of Fame on March 24, 2015, and was awarded an Emmy for his work on Saturday Night Live.

Additionally, he was nominated for three Golden Globes for acting in The Producers (2005) and Stranger than Fiction (2006) and for producing Vice in 2018.

In 2015, Ferrell was named the best comedian by GQ’s Annual Men of the Year awards.

Will Ferrell and Viveca Paulin

Will Ferrell has been married to a Swedish actress, Viveca Paulin, since August 2000.

The couple met while they were in an acting class together in 1995.

They started dating however decided to stay friends. Will had a relationship with someone while he still communicates with Viv as friends.

That time, Will realized that the one for him was Viv.

Viv eventually admitted he still likes Will, so she invited Will for some beer.

The couple dated for years, and while they revisited a beach, Will proposed to Viv. However, it didn’t go as planned because it turned out to be comedic.

Currently, the family resides in New York City and Orange County with their three sons, Magnus, Mattias, and Axel.

Check photos of Will Ferrell and wife Viveca Paulin with their children.