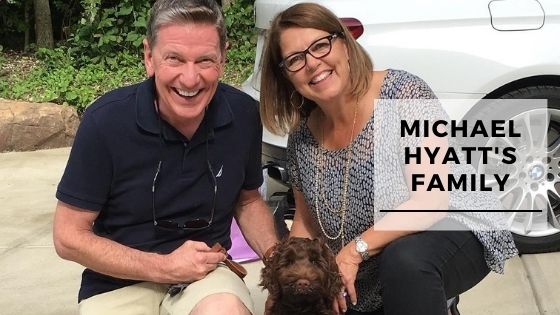 Michael Scott Hyatt is the CEO and founder of Michael Hyatt and Company, a performance coaching company. This company aims to help high-achieving leaders together with their teams to get the vision and execution they need. He is also a speaker, author, blogger, and podcaster. Michael Scott Hyatt is a self-help author who has written books about leadership, productivity, and goal setting.

In this post, you will find information and pictures of Michael Hyatt’s wife and family.

Who Is Hillary Kerr’s Husband

The Rise to Fame

Hyatt started his career at Word Publishing when he was a student at Baylor University. Hyatt graduated with a degree in philosophy and started his own publishing company with Robert Wolgemuth, Wolgemuth & Hyatt, in 1986. Word Publishing acquired the company in 1992. From 1992 to 1998, he was a literary agent and wrote about the Year 2000 problem.

In 2004, he joined Thomas Nelson Publishing and rose through the ranks, eventually becoming president and COO and finally CEO in 2005. He began blogging on Medium in 2004.

Hyatt later served as a chairman and chief executive of a Tennessee-based Christian books publisher, Nashville, in 2006. Then, he began hosting a weekly podcast: This Is Your Life. As an author, he wrote several books, including the New York Times Best Seller, Platform: Get Noticed in a Noisy World, Free to Focus, Your Best Year Ever, and The Vision Driven Leader.

Hyatt founded an organization in 2012 that later became Michael Hyatt & Company. The company has been featured in the 5000 lists of fastest-growing companies in America by Inc three years in a row. It was also listed in the 2020 list of “Best Places to Work.”

Later on, Hyatt made the Full Focus Planner, a physical planner designed for people to plan their year and goals.

Michael Hyatt is married to Gail Hyatt, and they have five daughters. They live in Nashville, Tennessee. They are now grandparents to nine grandchildren, two of whom are from Uganda.

Scroll down to see pictures of Michael Hyatt’s wife, daughters and grandchildren.

Photos of Michael Hyatt with his wife Gail Hyatt

Get to Know Gail Hyatt

Gail Hyatt is an artist and writer. She grew up in a military family where her dad was a pilot and engineer, and her mom was a school teacher. She has four older brothers, and all of them live in Virginia. She attended Baylor University in Waco, Texas, where she met Michael Hyatt.

When she’s not busy, she loves reading books about art, spiritual development, and psychology. She’s passionate about strengthening marriages, hospitality, and helping women grow in their faith.

Gail Hyatt with her five daughters

Michael Hyatt with his five daughters

Michael Hyatt with his grandchildren

What does Michael Hyatt do?

Michael Hyatt & Company was founded by Michael Hyatt, a speaker, blogger, and author. He has been a serial company scaler, and he has grown multiple companies to scale. His most notable company was a $250M publishing company with 700+ employees, which he grew while simultaneously growing his own leadership development company that’s been growing over 60% year over year for the last four years.

How many pages does the full focus planner have?

The 300 pages of this notebook are primarily for templates — daily, weekly, and goal-planning. None of these templates are numbered, so every day, you have to write the date. It is only 90 days long and not a full year.