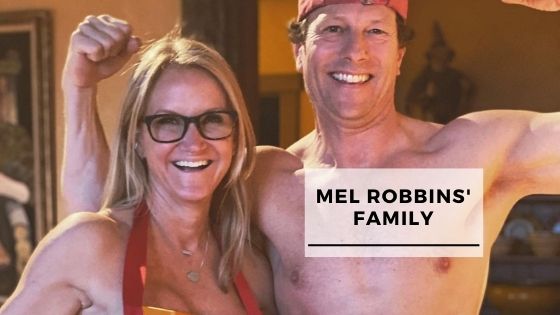 Melanie Lee Schneeberger, or Mel Robbins, is a motivational speaker and author of the book The 5 Second Rule. She was born in Kansas City, Missouri. She graduated from Dartmouth College and received her JD degree in Boston College Law School. She has worked as a life coach, public speaking instructor, and performance artist.

In this post, you will find information and exclusive photos of Mel Robbins with her husband Christopher Robbins alongside their children.

The Rise to Fame of Mel Robbins

Melanie is the CEO and co-founder of The Confidence Project. It is a digital learning company that works with 500 brands. She’s also a CNN legal commentator and regularly appears on the network. She was recognized by the Gracie Awards as the “Outstanding News Talk Show Host” in 2014. She became more popular because of her book, The 5 Second Rule, and she had the chance to share it on the TEDx stage and now one of the Top 20 TEDx talks viewed by more than 14 million times. In addition to her 5 Second Rule, she had The 5 Second Journal, a step-by-step guide of daily journaling methods to help a person feel confident and productive.

Eventually, she collaborated with Audible and launched her own talk show, Kick Ass with Mel Robbins. She also launched a training program in 2019 called The Mindset Reset. It is a 35-day mindset training program designed to change how individuals feel about themselves. She also narrated an audiobook called Take Control Of Your Life, where she discussed the fear of rejection, change, and being alone.

Mel Robbins and Christopher Robbins have been married since 1996, and the couple has three children, two daughters and a son, Sawyer, Kendall, and Oakley. They currently live in Sherborn, Massachusetts

Get to Know Christoper Robbins

Christopher Robbins is the founder of Soul Degree, an adventure-inspired personal development program designed for men. He is also the managing director of The Confidence Project Inc., which Mel Robbins founded.

Christopher and Mel Robbins began dating in 1994 after meeting at a black-tie party thrown at the Puck Building. They had their wedding on August 24, 1996, at the residence of Mel Robbins.

Mel Robbins with her husband Christopher Robbins and their three children

“You can’t control how you feel. But you can always choose how you act.”

“Hesitation is the kiss of death. You might hesitate for a just nanosecond, but that’s all it takes. That one small hesitation triggers a mental system that’s designed to stop you. And it happens in less than—you guessed it—five seconds.”

“You Are One Decision Away from a Completely Different Life”