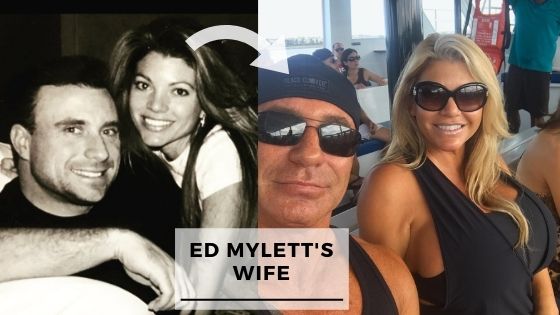 Ed Mylett is an American Entrepreneur and Motivational Speaker born and raised in Diamond Bar, California, on April 27, 1971. He had three younger sisters. His father was an engineer, and he found inspiration from him. His father was a heavy drinker, and this made the family dysfunctional.

Mylett went to Diamond Bar High School. Later, he went to the University of the Pacific and earned a bachelor’s degree in Communications. While he was still in college, Mylett played baseball for the Division 1 Pacific Tigers.

In this post, you will find information and pictures of Ed Mylett’s wife and children.

Rare Pictures Of Scott Trench With His Fiancé

The Rise to Fame of Ed Mylett

Ed Mylett is an award-winning player who served as the captain of his high school baseball team. He focused heavily on his preparation and developed systems to enable him to compete up to par. He received honors such as being named an All-American three times and ranking in the top 10 in five different classifications.

Ed always dreamed of being a professional athlete. An injury shattered that dream, and he fell into depression. His father helped by giving him a new job at Mckinley. Ed met many underprivileged kids and found an affinity for helping them. He started a side business to help those kids, but it wasn’t enough. 1992 was when his fame started: he joined WFG and had the opportunity to develop for them.

Ed started his podcast to share inspirational business ideas, and he uploaded them on YouTube. His videos are focused on successful entrepreneurs — he interviews them and shares lessons and experiences, and training for upcoming entrepreneurs. This is where he gained popularity.

In his podcasts, he interviews other successful businessmen and entrepreneurs, making people feel confident in him. He also shared about Max out, which means maximizing individuals by grabbing any available opportunity.

In August 2018, Mylett published his book Max Out Your Life. He shares how his lessons and experiences have helped him become an “Elite Performer” by maximizing every opportunity he’s come across. He also includes advice for future entrepreneurs and businessmen to not give up on their dreams.

Mylett is happily married to his wife, Kristianna Mylett. The couple got married on August 2, 1997, and they are the proud parents of two children, Max and Bella. Growing up, their plan was never to work for someone else; they wanted to create their own path to success and have seen many of their business ideas come to fruition.

Old pictures of Ed Mylett with his wife Kristianna Mylett

Recent pictures of Ed Mylett with his wife Kristianna Mylett

Respect is earned. Honesty is appreciated. Trust is gained. Loyalty is returned.

Whoever is trying to bring you down is beneath you. They can make NO IMPACT on your life as long as you don’t let them.

What you allow is what will continue.

Life is too short to spend it at war with yourself.

It’s what you do when you aren’t motivated that determines success or failure.

How did Ed Mylett make all his money?

Mylett says that his first success in business was as a marketer at World Financial Group. He eventually became the President of this organization. As a multi-millionaire, Mylett had already decided to become a peak performance lifestyle guru before he started teaching others about it.

What island does Ed Mylett own?

Who Is Danielle Canty’s Husband

Rare Pics Of Ricky Gutierrez With His Parents & Siblings