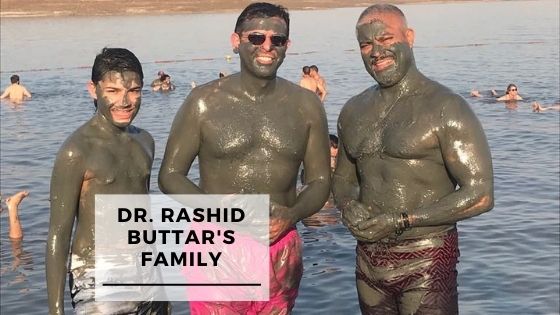 There are too many to know about the famous Dr. Rashid Buttar. On January 20, 1966, the British-American Physician was born in the United Kingdom. Rashid immigrated to the U.S. when he was nine years old and grew up in Rosebud, Missouri. He is a conspiracy theorist, anti-vaxxer, and licensed osteopathic physician in Charlotte, North Carolina. He graduated from Washington University, earning his bachelor’s degree in biology and religion. Then, he earned his Doctor of Osteopathic Medicine degree at the University of Osteopathic Medicine and Health Sciences in Des Moines, Iowa. In 1998, he became a director of Medical Spa.

In this post, you will find information and pictures of Dr. Rashid A. Buttar’s wife and children.

The Rise to Fame of Dr. Rashid Buttar

Dr. Rashid Buttar is known for his controversial use of chelation therapy in autism and cancer. There are also several issues circulating about him which will be explained below. But, he became more popular when he published the book “The Nine Steps to Keep the Doctor Away” in 2010.

He became more popular when a cheerleading ambassador claimed that she lost her ability to walk and normally talk after receiving a flu shot. This is allegedly a successful chelation therapy of Dr. Buttar. Discover describes him as “a prominent anti-vaccine doctor who treats ‘vaccine damage’ cases.”

Dr. Rashid Buttar is currently active on his social media accounts, sharing knowledge and information about COVID-19. He posted a series of videos. However, some of his videos are false claims that made YouTube remove those videos a week after it was posted.

Dr. Rashid Buttar is married to Debbie Buttar, and they now have three children, two sons, and a daughter. His eldest is Sara, followed by Abie, and Rahan is his youngest. Debbie Buttar is an author, and here are some of her famous works:

Together with his wife, Dr. Rashid Buttar achieved a rank of “blue diamond” in July 2009 in multi-level marketing company Monavie.

Take a look at these photos of Dr. Rashid Buttar’s family

Get to Know Sara Buttar

Get to Know Abie Buttar

Abie Buttar is in the field of finance. He has a YouTube channel called Money Digest with Abie Buttar, where he shares everything about investing, trading, risk management, economics, and analysis. He is a finance graduate in Belk College of Business at the University of North Carolina. He is an investment account manager, and his goal is to widen people’s perspectives on finances.

Debbie Buttar with her children Sara and Abie

Information about the youngest son, Rahan Buttar, is not publicized

Dr. Rashid was reprimanded twice by the North Carolina Board of Medical Examiners for unprofessional conduct. It was reported that he provided ineffectual therapies to four cancer patients, where three of those died. With this, his license was suspended indefinitely, and he is prohibited from treating patients with cancer. He is also criticized for his chelation therapies, where children with autism were treated with topical cream. He had one allegedly successful treatment using chelation therapy. Desiree Jennings claimed that she suffered from dystonia and lost her ability to walk and talk normally when she received the flu shot.

After this controversy, another one came when the FDA sent him a warning letter because of the illegal marketing of unapproved topical creams. It was reported that Buttar’s V-SAB Medical Labs did not comply with good manufacturing practices.