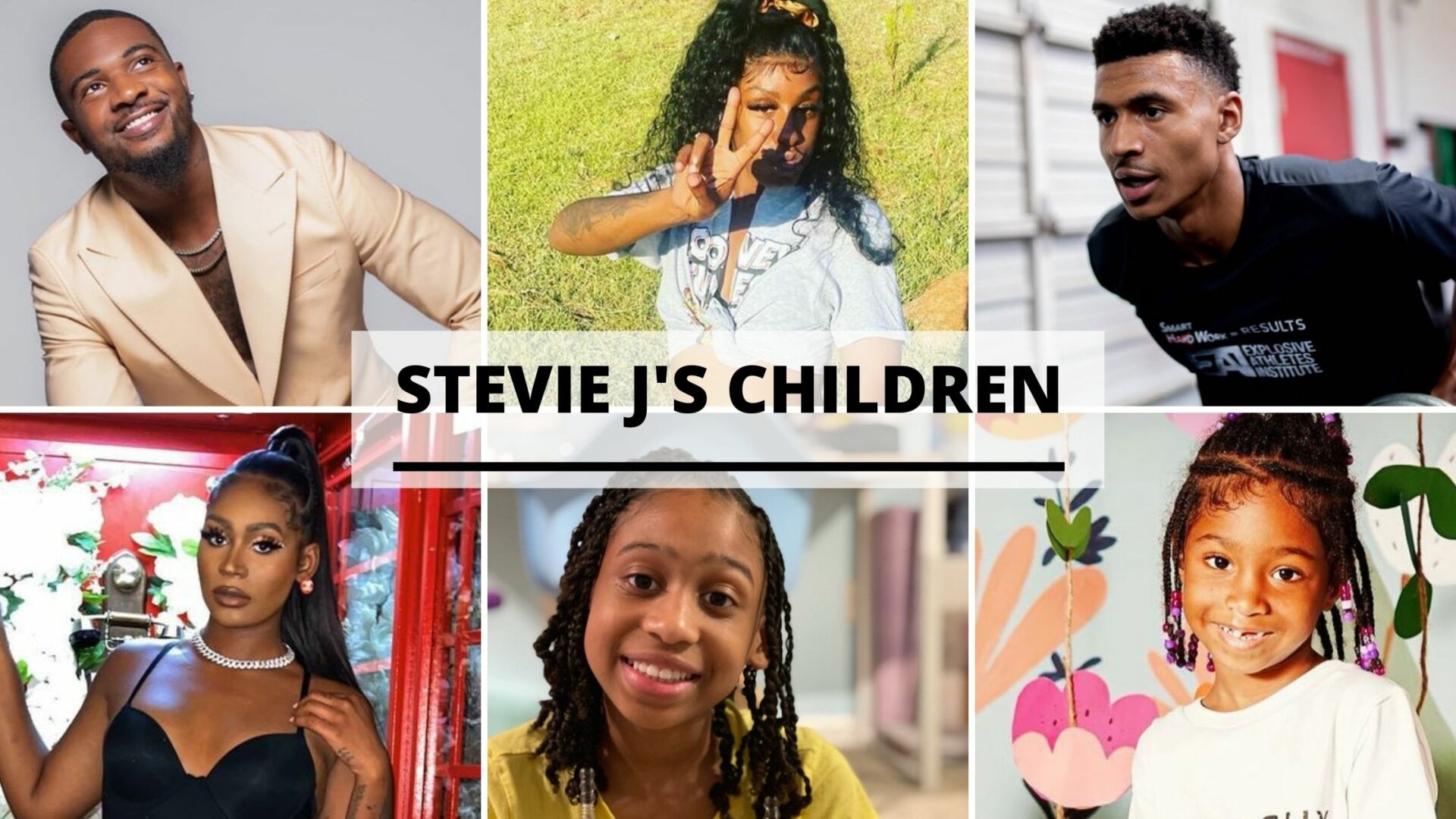 Stevie J has a vibrant love life. Having tumultuous love life with different partners in the past has led Stevie J to have an enjoyable family right now.

But, do you know how many kids Stevie has?

Well, let’s find that out in this blog post. We will learn specifically about Stevie J’s children and meet all of them. We’ll also have a glimpse of Stevie J’s life and married life.

Get to Know Stevie J

Steven Aaron Jordan, professionally known as Stevie J, is an American DJ, television personality, and record producer who was most successful on his records in the 1990s.

Throughout his career, Stevie won a Grammy Award in 1997 for Puff Daddy’s debut album, No Way Out.

He has also produced for Mariah Carey, his now-wife Faith Evans, JAy-Z, Tevin Campbell, and many more.

Stevie J’s Children and Past Relationships

It was seen that Dorian has a love-hate relationship with his father, maybe because he’s the eldest and might have struggled a lot to cope with his father’s situation.

Like Stevie, he’s also pursuing a music career and now has been recognized in reality TV.

Dorian has been seen on Stevie J’s show, Leave it to Stevie, so he’s been known to Love & Hip Hop: Atlanta fans, too.

Good thing that Stevie has a good relationship with his exes, especially Dorian’s mother, Rhonda.

See also  Info & Pics of Garth Brooks and His Wife

Dorian already has a son, Zion, Stevie’s first and only grandson. However, information about Dorian’s girlfriend, or Zion’s mother, is not revealed to the public, though we know they are not together anymore.

Additionally, Dorian faced a serious arrest in October 2019 because of possession of firearms. New York is one of the strictest states for gun laws, and Dorian could face four years in prison.

During his time in jail, Stevie took care of his son, Zion.

Sade Jordan is Stevie’s second oldest child and his first daughter. Sade is only seven months younger than Dorian.

The same goes for Stevie Jr. and Savannah, who were also seen in three reality shows of Stevie J.

To know these two better, Stevie Jr. is a famous basketball player. This guy plays for Rider Broncs of Rider University. On the other hand, Savannah is an entrepreneur who handles The Good Vibe company selling clothes.

Eva Giselle Jordan was born on December 12, 2009. Her parents are quite famous because aside from her father, Stevie, her mother, Mimi Faust, is also famous.

Mimi Faust is an actress and a reality TV star. Mimi is also a cast member of Love & Hip Hop: Atlanta and featured in both ‘Leave it to Stevie’ and ‘Stevie J & Joseline: Go Hollywood.’

Eva’s mother rose to prominence when she appeared in multiple-hit music shows by Kelly Price, It’s Gonna Rain, and Frontin by Pharell Williams. Also, Mimi became infamous when her sex tape with dormer boyfriend, Nikko London, was released in 2014.

Like Eva’s siblings, she was also featured in his father, Stevie, reality TV shows.

Unfortunately, Eva had an on-and-off relationship with his father for ten years, from 1997 to 2017.

The youngest child of Stevie is Bonnie Bella Hernandez, born on December 28, 2016. This little girl was born to Stevie’s partner, Joseline Hernandez.

Luckily, Stevie found love with Joseline and has been in a relationship for a long time, which led the two to get married in 2013.

Joseline is Stevie J’s Love & Hip Hop: Atlanta co-star and her marriage with Stevie became a part of the show in 2016.

Prior to that, Joseline was a stripper until she met Stevie. She became a singer, actress, and reality star with the help of Stevie.

The spin-off product of their marriage was Stevie J & Joseline: Go Hollywood.

As of this writing, Bonnie is still a little girl, and nothing about her is not publicized.

However, Stevie and Joseline were already split, and Stevie had already found a new love.

Here are more photos of Stevie J and his children.

As we discussed above, Stevie surely has a big family, specifically many children from different women. But right now, it seems like Stevie finally found the one.

Faith is a singer-songwriter and reality star who was also part of the Love & Hip Hop: Atlanta. She worked with Steviein past musical projects, and they have been friends for over 20 years.

In 2018, the two got married after dating briefly.

However, when everything seems to be going well, and everyone knows Faith would be his last, Stevie filed for a divorce in 2021 and accused Faith of cheating.

Their marriage was a rollercoaster with some sort of issues.

Faith was once arrested for domestic battery against Stevie, but the charges were dropped right away.

Things got worse when Stevie filed for divorce in November 2021 despite the two still spending time together, leaving many confused about their relationship.

Then, Stevie posted on Instagram apologizing and asking for forgiveness from Faith.

Their divorce is still ongoing, and the status of their relationship as of this moment is still unclear.