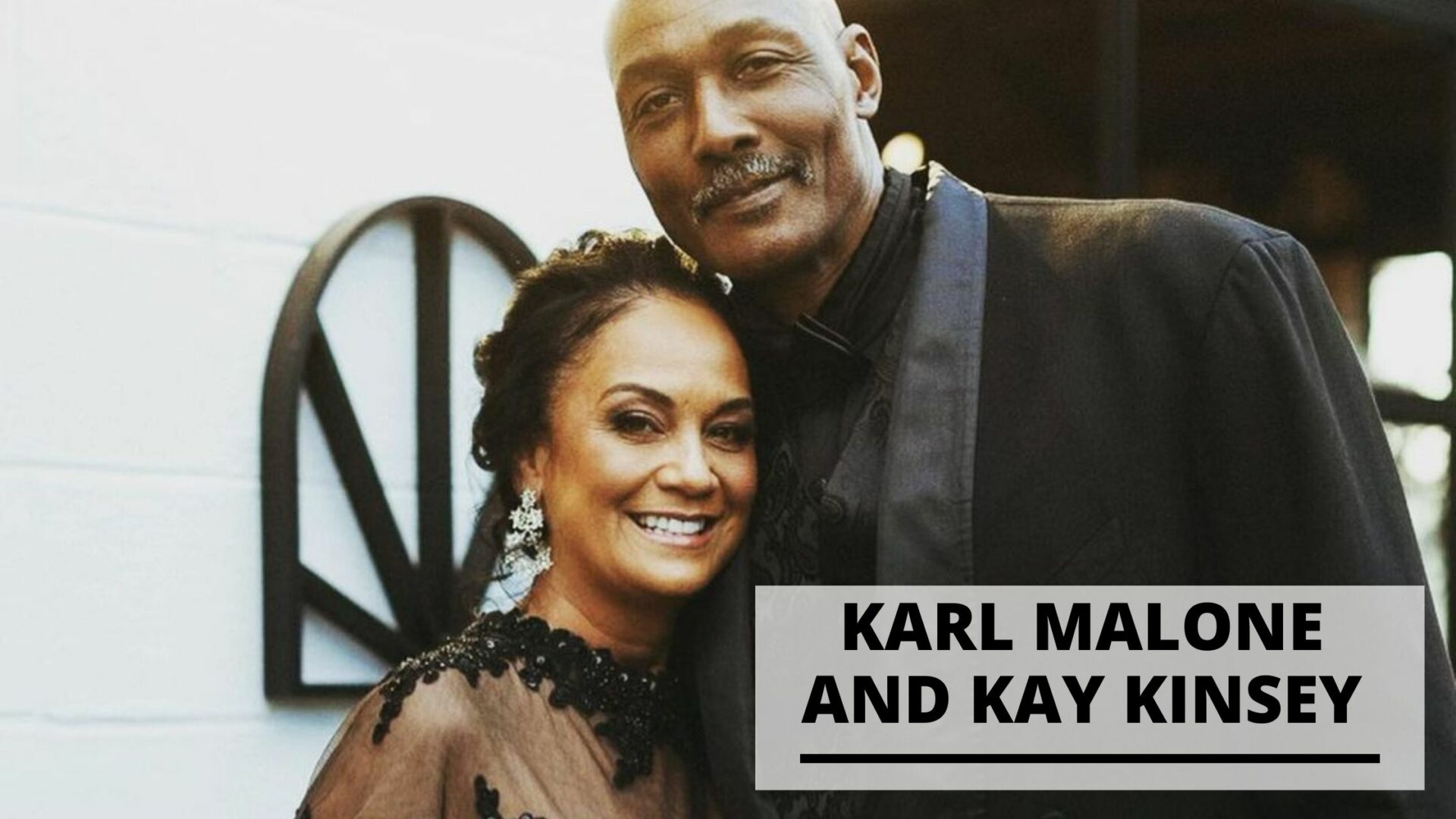 Many women became popular if they got linked to an NBA star. That is what happens to Kay Kinsey.

NBA players are known for their athleticism and good looks, which often land them high-profile model girlfriends or wives.

While these women are celebrities in their own right, they often become even more famous after getting married to an NBA player.

So, it’s no surprise that when a former professional basketball player like Karl Malone, known as The Mailman, married a former Miss Idaho USA like Kay Kinsey, people can’t help but talk about it. The couple has maintained a healthy marriage and relationship with their children.

Let’s get to know Kay Kinsey better in this blog post.

Who is Kay Kinsey?

Kay Kinsey is a former supermodel from The USA. She won the title of Miss Idaho USA in 1988 and married retired pro basketball player Karl Malone almost three decades ago.

Karl’s wife is both beautiful and talented. When she started dating Karl, she was already Miss Idaho USA in 1988. She’s also a former supermodel who has walked the runway for many fashion shows and been featured in magazines.

Kay was born on August 8 and raised in the USA. While she loves to remain out of the spotlight, she is incredibly secretive.

Little is known about her childhood or early life, as she prefers to keep that information to herself.

Unfortunately, Kay Kinsey’s mother passed away in 2000 from colon cancer. Her mother, Celestina, was born in the Philippines and married Kay’s father, Bob Kinsey, in 1961.

The family then moved to San Antonio in 1962 before settling in Idaho Falls, where Kay spent the rest of her adult life.

The Career of Kay Kinsey

After graduating from college, Kay decided to pursue her passion for modeling and quickly made a name for herself in the industry.

She won the Miss Idaho USA pageant in 1988 and worked as a pageant director.

However, after getting married, she decided to leave her modeling career behind and started working at her Teriyaki Grill restaurant in Ruston.

Furthermore, some reports say that Kay owned and operated the Wolfe Krest Bed and Breakfast in Salt Lake City. But this wasn’t confirmed yet. On the other hand, her husband, Karl, has many businesses, and she also has to help out with his businesses.

Kinsey is a woman who was lucked out by her partner being a sports player, Karl Malone.

Their love story started with a chance meeting, like most love stories. Kay met Karl at a mall in Utah while he was doing an autograph signing session. She even got a picture of him. A couple of months later, she sent the photographs to her sister.

After some time had passed, Malone’s brother-in-law decided it was time to contact Kay on his sister’s behalf. They hadn’t had a personal cell phone then, so they contacted each other through telephone.

As time passed, the two became more serious in a relationship and started doing things together.

Eventually, the two really fell deeper for each other and decided to take their relationship to the next level. On December 24, Kay walked down the aisle with Karl Malone in front of family and close friends.

The couple has been married for three decades and living a loving and happy life together.

Kay Kinsey and Karl Malone’s three daughters – Kadee, Kylee, and Karlee – are all grown up now.

Their 29-year-old eldest daughter, Kadee, is an entrepreneur who sells a variety of Dominican cigars and other merchandise. On February 24, 2020, she got engaged to her boyfriend and will soon be married – though the date has not yet been revealed.

On April 7, 1993, the former NBA player became the father of Kylee Malone. Kylee is 24 years old.

The NBA Hall of Famer is also the father of K.J Malone, an NFL player but retired due to a knee injury he received during his career at LSU. The son confirmed the news of his father’s retirement from football via Twitter.

Kinsey and Malone’s youngest child, Karlee Malone, was born in 1998. Today, at 22 years old, she is a successful model who has worked with many agencies. Active on social media under the name “@karleemalone,” Karlee’s Instagram profile is filled with bold and beautiful pictures of herself.

Furthermore, Kay is a mother of three stepchildren. Demetress Bell, aka Darrius Bell, was born in 1984 to a mother named Florida Bell. He is a former American football offensive tackle who played for different teams, including the Dallas Cowboys.

Kay is also a grandmother of seven grandchildren.

Here are best photos of Kay Kinley and Karl Malone.

Karl Malone was one of the greatest basketball players of all time. He was a forward for the Utah Jazz who played alongside John Stockton, one of the NBA’s all-time greats.

In addition to his many accomplishments in the NBA, Karl also won gold medals at the Olympics in 1992 and 1996.

In 2003, Karl Malone left the Jazz to play his final season with the Los Angeles Lakers.

Malone was always good at delivering results, which led to him being named as one of the NBA’s 50 all-time greatest players.

Kay has had a successful career as a model, earning good fortune for herself. However, it is unknown how long she has been modeling. We do know, however, that she earns pretty impressive bucks.

Besides her modeling career, Kay also owns and has run Wolfe Krest Bed and Breakfast in Salt Lake City since 1999. On the other hand, Karl Malone is a pro basketball player with a net worth of $75 million as of 2020.

Info and Pics of Kayden Gaulden and His Family