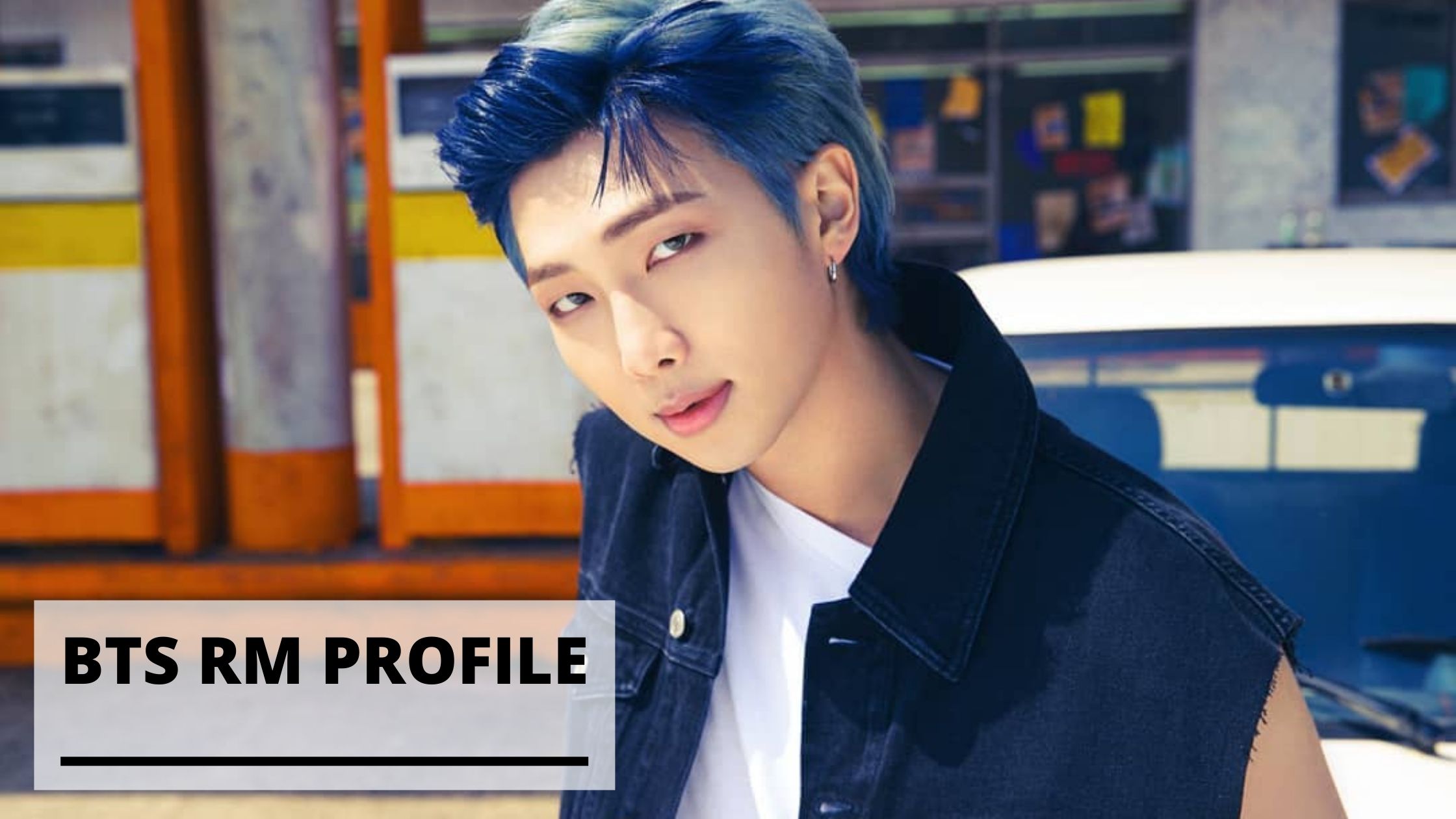 From the group’s debut until their breakthrough, BTS has been one of the most popular boy groups in Korea and around the world. But, today, our main topic would be about the BTS leader, RM, or Rap Monster!

BTS Nam Joon, or what every ARMY calls RM, is the leader of the Korean boy group, BTS. Let’s start with the basics, such as height and weight, to his debut story and family. Of course, we will also include his English ability, IQ, and what kind of personality the leader, RM, has.

BTS RM has a strong physique with a gentle smile. He is the third oldest member of BTS. He also looks bigger and taller than the members of BTS. With his almost 181cm height and good physique, you will likely notice his height when lined up in BTS. You will totally see the difference in body size at a glance.

So, RM’s real name is Kim Nam Jun, or in English notation, it’s Kim Namjoon. There are also two other members in BTS with the surnames Kim: Kim Suk Jin and Kim Tae Hyun. Kim is really one of the most common surnames in Korea.

Why are these BTS RM’s nicknames?

Among the fans, Nam is often used. It is from his real name Nam Jun. Repjun is made by combining Rap Monster and Namjun. Namjun breaks the most in BTS, so he’s called “King of Destruction.” It is said that things you have in your hand will be destroyed. This is kind of funny, though!

BTS Namjun is smart and language proficient. He speaks English perfectly. He mastered English when he was little. Many know that his academic ability was high as well.

RM actively writes poetry and received many awards as a student. He got interested in literature but did not pursue it as his career. He once studied in New Zealand when he was 12 for four months.

RM got interested in hip-hop music at the age of 11 when he heard Epik High’s song “Fly.” He grew interested in lyricism from the American rapper Eminem, and this is where his poetry turned into music.

RM is said to have an IQ of 148 as he topped the nation by 1% in the university entrance examinations. He’s always been 1st and 2ns in the class and received more than 50 awards.

When he graduated from college, he took a Master of Business Administration in Advertising and Media at Hanyang Cyber University.

BTS Namjun is caring, and you can see how well he cherishes the members of his group. Though he is so quiet at times, he is a wise leader you can count on. He’s also like a rough and hot-blooded old man.

Namjun is very careful, timid, and seems like he’s in a lot of confusion, then suddenly gets bold by mood. The funny one that described Namjun is he’s a little cool for money. As mentioned, he cares for others, and he multitasks as possible. He looks like a mad man when playing music, yet he’s a cool and sexy guy.

Overall, RM is highly qualified as a leader. He is said to be the “brain of BTS.”

“Even if this universe becomes wider and bigger, Don’t expect our hearts to move away.”

“Keep searching even if there is no answer, and try to learn something there. I think that’s my life.”

“Together than alone, closer to together.”

“You are shining more. We shine more. Like bare feet.”

“If you hate us, it can’t be helped, but it will be better from now on, so if you can watch over us with a broad heart, you will definitely like us. It can’t be helped if it doesn’t work.”

“Thank you for being our fan. We are also your fans. I’m a fan who silently supports the loneliness and life that you endure.”

“Happiness is immediate when you are a little away from those who feel unhappy.”

“Many things change and flow, and time also flows. The changes are sad, but … but I don’t think there is anything cooler in the world than the wrinkles of the elderly. That’s why we will always keep what we think is important, so I want you to believe it, and I want to grow older while living together.”

“Even if you get tired, let’s put up with it a little and run. For that people can’t imagine.”

“If our very existence becomes work, that is the best. The dream is that the group called BTS and its history will eventually become one work.”

There are many quotes like this to look up. RM’s words are amazing, and it swiftly influences fans.

There is no doubt that BTS Namjun’s English proficiency is outstanding as a Korean. He speaks in English without an interpreter, so he’s always the representative during overseas interviews. Other members can also speak English a little, but RM’s English skills are great. He speaks openly and fluently. His pronunciation is also outstanding, without any intonation peculiar to Koreans. He speaks like a native.

When BTS appears on programs and TV shows overseas, RM talks and answers firmly. It is said that RM learned English from the show FRIENDS. Wow! His mom is a big fan of FRIENDS, and it seems that the show became his English learning material.

1. Watch with subtitles in your native language until you get used to English.

It looks like he’s studying English by only repeating this method.

Aside from that, RM also studied abroad in New Zealand when he was 10 years old. His experience has become a big deal for him.

Namjun is the eldest son in a family of four. He has a younger sister named Kyungmin, who is three years younger than him. It is said that they were not too close or on good terms when they were young. They often fight and have quarrels. But, don’t worry, they’re on good terms now.

He’s the caring and wise leader of BTS. Aside from him being the leader, he is also the main rapper of the group because of his amazing talent for rapping. He’s called Rap Monster for a reason!

RM auditioned for Big Deal Records and passed the first round. However, he failed the second round because he forgot the lyrics. After that, Sleepy mentioned RM to a Big Hit Entertainment producer and encouraged him to audition. Then, when RM passed and accepted the offer, this is where BTS was formed.

Paparazzi will always aim for BTS, especially if one of them is in a relationship. Even if there is a rumor to be an idol, there is no definitive proof and often a hoax.

Do they still have time to fall in love in their busy schedule?

In the past, it was reported that BTS RM had a relationship. The girl is said to be enthusiastic but also said to be heavy by her. All is in the past, and it’s said that they had broken up.

RM is already at the target age for military service. But, all BTS members have not yet gone to military service. The eldest member, Jin, was supposed to be on his enlistment in 2020 but was postponed until the end of 2022. There are still rumors and reports about their exemption, but it isn’t finalized yet.

Of course, BTS RM mentioned that he plans to go to military service.

Mensa is an organization that gathers famous geniuses from all over the world. It is said that only those with an IQ of the top 2% of the population can join.

The admission has conditions that include passing Mensa’s intelligence test. Moreover, it should be a non-political and genius brain beyond all races and religions.

It is an international group created with the intention of making maximum use of it for the development of human welfare.

So, we have introduced the profile of BTS RM’s basing information, girlfriend, family, IQ, and Mensa.

Overall, we know that RM is an active and wise leader you can count on. His personality is so enthusiastic yet clumsy, but many can’t help but fall in love with it.

We are surely amazed by how intelligent Namjun is. From his talent in English to his academic ability, surely many girls are dying to have an ideal man like him. A genius-level of 148 IQ and a BTS leader!