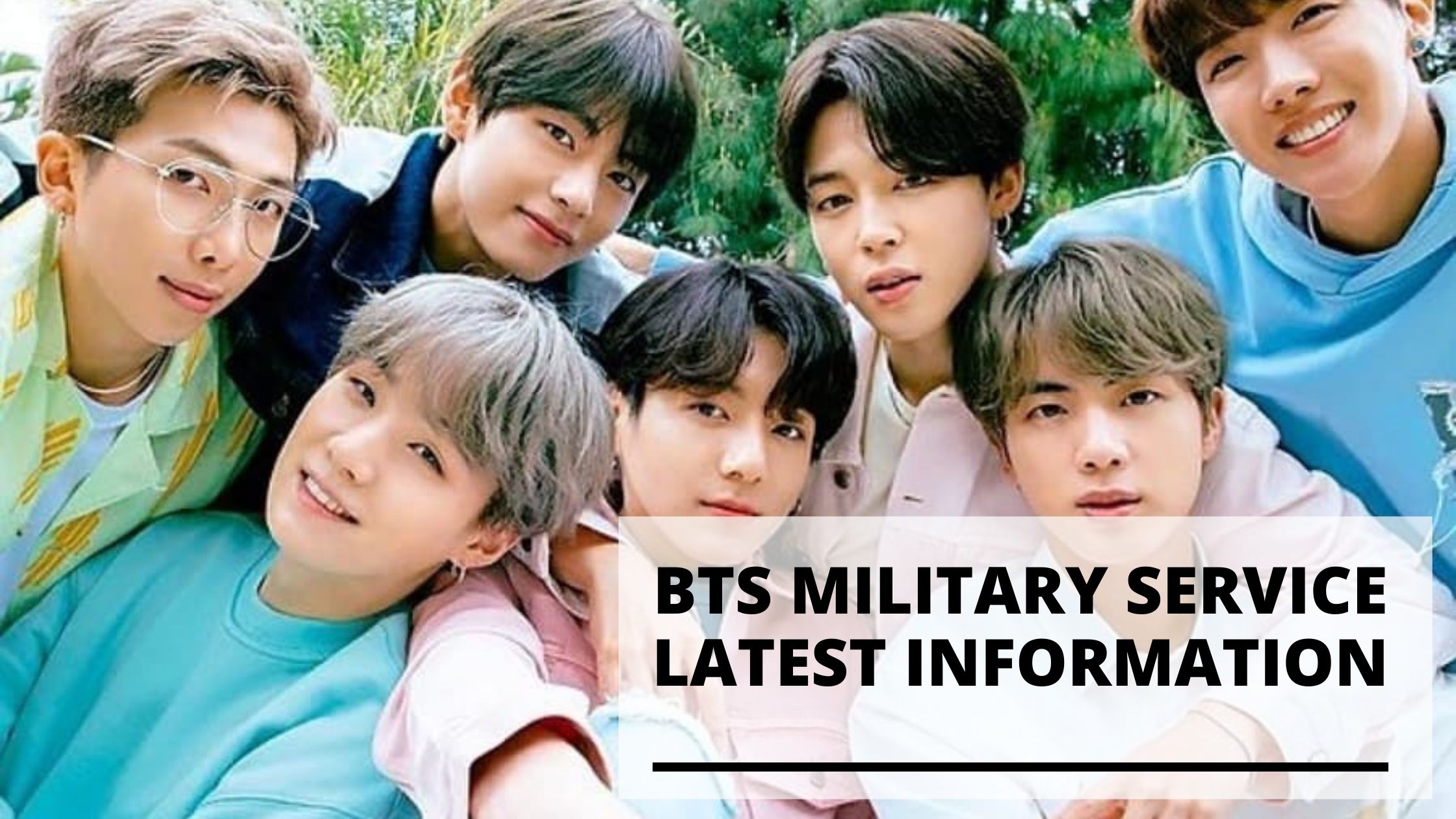 This topic has always been a “talk-of-the-town,” especially to many avid BTS fans or ARMY. So, we will inform you about the official announcement of BTS military service and its latest information. Read more to find out about it!

There are official announcements about BTS military service. Reports say they MIGHT be exempted, and some say they will enlist together. Well, who knows? Maybe you’ll find the answers here.

Korean idols have been enlisted in the Army for about 18 months, which is inevitable. Many Korean male idols have already gone through their military service and gone back with their groups.

Of course, there has been a lot of talk about BTS military service plans over the last few years. All seven BTS members are paying close attention to the time of their military enlistment as they reach the proper age for service.

The oldest member of BTS, Jin, is turning 30 years old this 2022, and the youngest is Jungkook, who is turning 25.

At this age, the seven members can soon be enlisted for military service.

April 2022, On BTS’ live tour in the United States, they made an official statement about their military service in their interviews before their second-day performance.

The eldest member, Jin, responded to a question about the military service:

BTS stated that they will obey the military service enlistment required by their country.

If everyone’s not aware, there’s been reports about passing a law to exempt BTS or maybe other Korean male idols in the military service for the reason that they contributed so much to the country.

There are statements released from the HYBE’s CCO, Lee Jin Hyun, regarding whether or not the draft amendment to the Military Service Law can be processed.

He revealed that he would like to know immediately whether or not they will be exempted from military service by the Korean government.

For sure, the Korean government will soon announce the exemption from the military.

The eldest member of BTS, Jin, has already reached the deadline for military service, which was approved by the national law. Take note that it is currently postponed or extended as of now.

Currently, in South Korea, healthy men over the age of 18 are subject to military service by the age of 28 in principle.

On December 22, 2020, due to a partial amendment to the Military Service Law promulgated by the Korean Ministry of National Defense, among the recipients of the Order of Culture and Medal, the Minister of Culture, Sports and Tourism:

The “excellent person” who recommended that he “has the achievement of raising national prestige” can now postpone enlistment until he is 30 years old.

This made it possible to extend the military service of BTS’s oldest member, Jin, to 30.

BTS Jin and all the members of BTS still have to go to military service.

In a 2020 interview with Jin in their BE album, he answered questions about military service.

“For the time being, as a South Korean youth, military service is a matter of course.

As I always say, I will always respond if there is a conference.

I often talk to the members, but I plan to accept all military service.”

BTS members have a strong will to go to military service. This military service issue has become very popular worldwide, and their plans have been drawing the attention of their fans worldwide. Who would be happy to see their favorite Korean Boy Group that isn’t complete because one is in the military, right?

A report in April 2021 states that there is a high possibility of simultaneous enlistment. Until now, BTS members are expected to join the Army.

Jin’s military service extension deadline is until December 2022. It may likely be in the latter half of 2022.

What is simultaneous enlistment for all BTS military service?

It will be a system in which two friends and relatives can join the Army together and serve in the same unit until the end, even after receiving the same recruit training.

Since 2003, the Army has been enlisted with companions to concentrate on their military affairs and avoid anxiety. The accompanying enlistment submits an application to the Military Manpower Administration, and you need to be examined. If you pass the examination of the Military Manpower Administration, you can join the Army with a friend and receive 5 weeks of recruit training at the same facility. Then, the two will be assigned to the unit together.

It is also uncertain whether or not all BTS members will be enlisted together or separately. But, Jin and Suga, both BTS seniors, are likely to go into military service soon. Maybe, a possibility to use rumored companion enlistment.

RM and J-Hope will follow, and then Jimin, V, or Jungkook.

How many years will it take to get everyone together?

When all BTS were to join the military service at the same time in 2022, it would be about 18 months before all BTS are available. This is the shortest period.

But if BTS members go apart…

No matter how popular BTS is, the period of 7 years would be too big.

What kind of military service order will BTS go in?

All BTS military service is likely to be enlisted at the same time. But, the question is, when?

These are all the latest information from the postponement and exemption to BTS military service. The fact is, BTS Jin’s military service has been postponed and will be available until the end of 2022. It turns out that the possibility of exemption is low.

But, there is still a possibility that everyone will be enlisted simultaneously. At this point, it has not been officially announced in detail. Of course, there will be an announcement from BTS shortly. As fans, if they go to military service, we want them to finish early and come back.