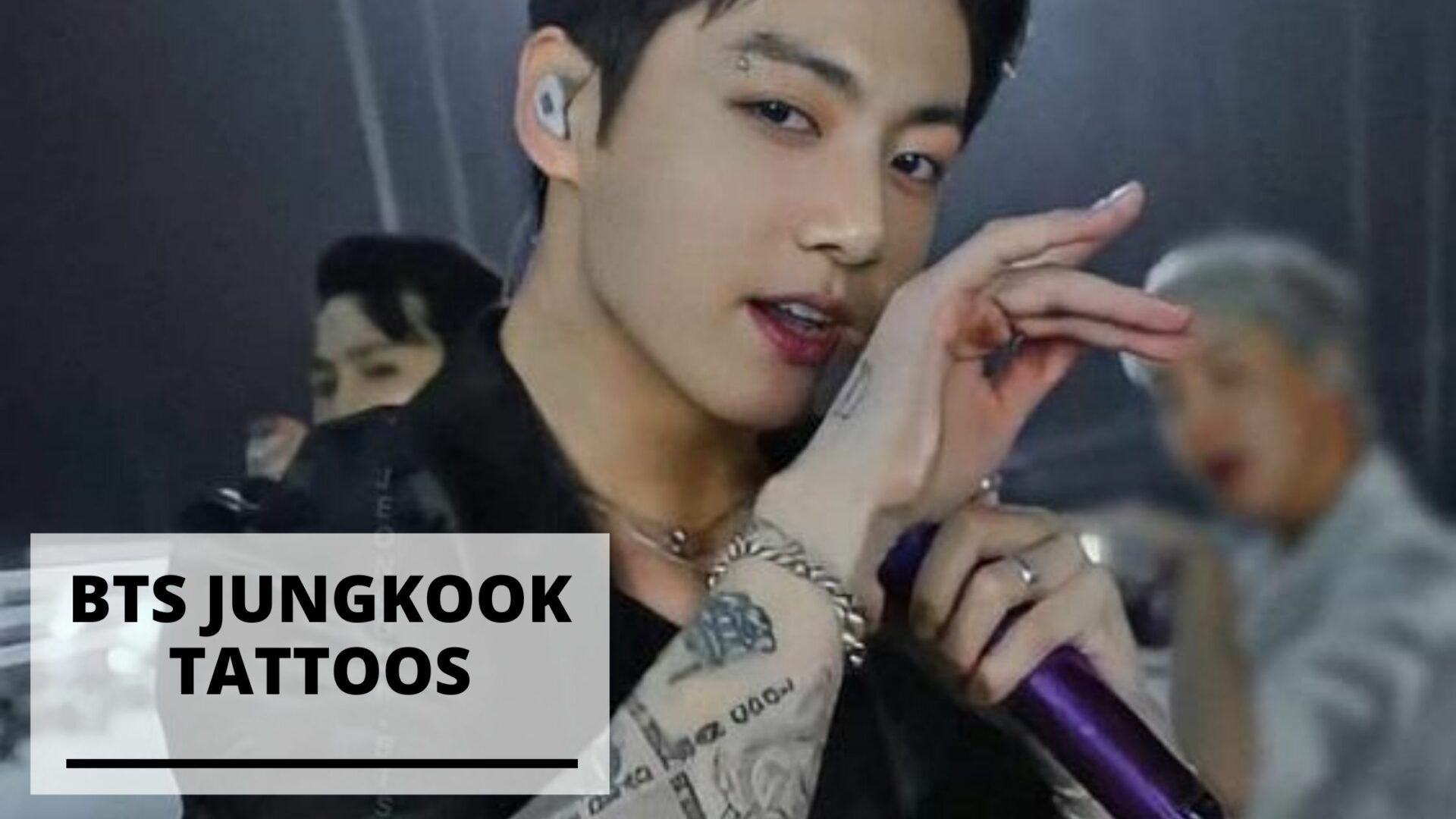 There are BTS members that have tattoos, and one of them is Jungkook.

Jungkook is known for having the most tattoos in BTS.

This time, we will introduce the tattoos of Jungkook and the meaning behind them. When did Jungkook start having tattoos? What do his tattoos mean? Is it real, or is it only temporary? Let’s find that out!

Jungkook is the youngest member of the boy group BTS. He is the maknae and a talented person. He has a big cute smile, but his tattoos speak of his handsomeness.

That sweet face has a great gap with tattoos and muscle fluttering.

The Story Behind BTS Jungkook’s Tattoos

From August to October 2019, BTS took a long vacation for the first time in New Zealand. When shooting “Bon Voyage,” Jungkook’s tattoos can already be seen at the airport.

Jungkook has been vocal that he wanted to get a tattoo when he turned 20.

However, BTS member, Suga, keeps saying that fans will be sad if they have tattoos, so they should stop.

Jungkook has more and more tattoos as he had vacations.

The most prominent part of BTS Jungkook’s tattoo is on the right-hand part.

The crown tattoo on his index finger is the same crown mark designed by BTS Jimin’s Iyamoni.

It also means that “BTS is the strongest and will last a lifetime.”

You will see that purple heart with ARMY.

The word “to Bora” is often used between BTS and ARMY. Its meaning is “I Purple You.”

This tattoo conveys the feelings of BTS for the ARMY.

It seems that most of Jungkook’s tattoos on his right-hand means a lot of feeling to the ARMY.

There are more explanations for Jungkook’s tattoos.

V –  A in the aRMY is inverted V, which means BTS member, V.

RM – is for their leader, Namjum, or Rap Monster.

MY – is for BTS members Suga with a real name, “Min Yoongi.”

Jungkook also has a tattoo with an initial “J” for Jimin, J-Hope, and Jin.

Rather be dead than cool

The inscription: “If you lose your passion, you should die.”

Make hay while the sun shine

Enthusiasm: great opportunities should not be missed

Meloic sign that raises the index finger and little finger. It looks like a pose at a rock event.

The lines of the Korean flag

The tiger lily flower tattoo near Jungkook’s elbow is his birth flower.

Behind these flowers is:

So, it’s been confirmed that Jungkook has a tattoo on his shoulder. However, it is not clearly shown, and no details have been released about this.

During the broadcast of the 125th episode of Run BTS! 2020, we were able to confirm Jungkook’s new tattoo.

You can see that there’s a new big eye tattoo on his right arm.

It is said that it’s Jungkook’s biggest tattoo, and this is really a topic, especially for ARMY.

Aside from tattoos, Jungkook also has a piercing on his eyebrow.

Many loved this, but most didn’t like its idea. What’s important is that Jungkook is happy about it, and this is what he likes.

Two out of seven members of BTS have tattoos.

The first member who has tattoos is BTS Jimin. He had “YOUNG” on his left elbow and “FOREVER” on his right elbow. He said that he sometimes had it with tape during performances.

He also has a “NEVERMIND” tattoo on his flank, a “13” on his wrist, a crescent moon on his back neck, and a “Youth” on his ear.

These tattoos have meaning for Jimin. Find out more in this article.

Many fans love Jungkook’s tattoos as much as he loved them.

We now learned when he started having tattoos, and this was his dream since he turned 20.

Jungkook’s tattoos have meanings and strong messages. Fans and people should just appreciate it and be happy for him. It’s his body anyway.

There may be pros and cons about them having tattoos, but Jungkook’s talent never changed. His tattoos also show off his love for BTS and the ARMY.

Let’s keep an eye on what kind of troops Jungkook will have in the future.