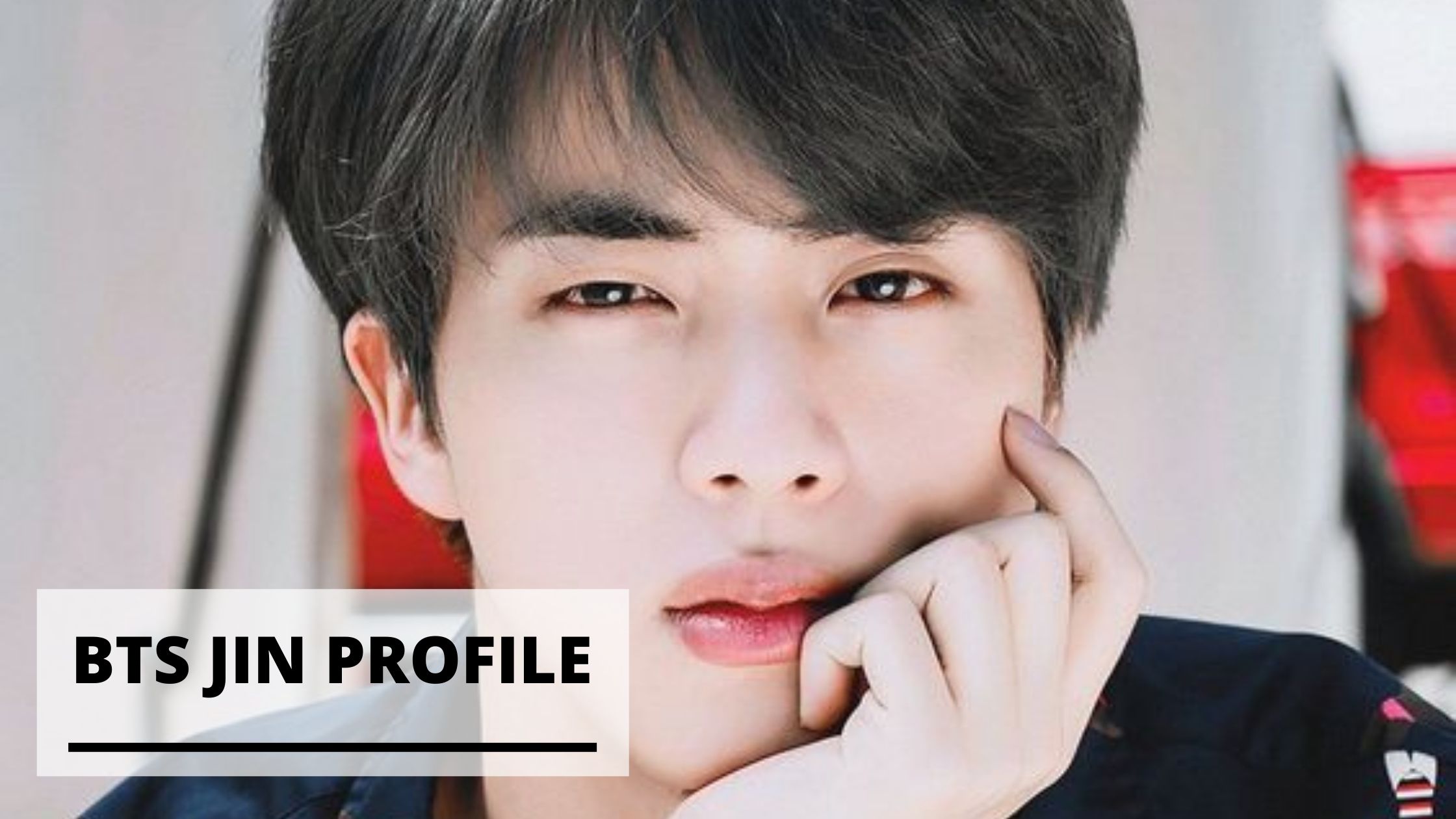 BTS is a popular Korean boy group not just in Korea but also worldwide. But, we will not talk about BTS as a whole. We’ll get to know the eldest member of this famous group, Jin.

BTS Jin is the eldest member of BTS. Jin has a good personality, and he always smiles! We will give you information and everything you need to know about Jin. From his profile and personality to his military service.

Let’s start with the basics, such as height and weight, to his debut story and family. Of course, we will also include Jin’s military service details, which is a hot topic today.

BTS Jin is a cheerful and kind person, and he is the eldest member of the group, BTS. Sometimes, he forgets he’s the eldest and often gets too excited.

Many would probably say he’s a narcissist because he often appeals to good-looking guys and says he’s also handsome.

Well, it’s true. His facial features, style, and personality are all handsome.

He is also bright, and a little childish, which most fans find cute about him and they like most. Of course, he’s very good-looking.

Jin is also good at sports such as marine sports, tennis, golf, and snowboarding.

Did you know that BTS Jin loves to wear pink clothes and collects pink things?

Jin’s parents are wealthy. They have an expensive house in Gwacheon City, which is adjacent to Seoul. They also have two bathtubs in their house. Another reason why we think his parents are rich is that Jin used to play golf and ski when he was young. He also studied in Australia. Plus, Jin’s father is a CEO in Germany.

In an interview, Jin talks about how big his room was when he was at his parents’ house. He loved swimming, tennis, and golf when he was young, and he learned to play golf because of his dad. It is said that sports gold costs money, making us think Jin came from a rich family.

Jin also joked once that when the management of Big Hit was leaning, he thought he could ask his father to buy it.

As mentioned, Jin loves to eat, cook and collect figures.

Recently, he loves collecting RJ, his character in BT21. He also likes games, and he plays all the time without leaving the house on his days off.

Jin also loves to cook. In most BTS videos, he often cooked in their dormitory.

Another hobby of Jin is eating. He often distributed the video of Mukbang “Eat Jin.” He has a video of eating Japanese food. Jin looks like he really has an intense quest for food.

Jin admits he’s not good at dancing. All other members have some dance experience, unlike him. He originally wanted to be an actor, and he had no dance experience. He often had difficulties in performing dance rehearsals, and he keeps saying he’s not good at it. He mentioned that he finds it difficult to keep up with other members who had been dancing since childhood, like J-Hope and Jimin.

Of course, Jin did some practice, and now he has improved his dancing skills. He’s now perfectly dancing in their performances, and it’s not difficult for him to synchronize with others.

Even though he doesn’t have the best dancing skills, he can guarantee that he has the best vocals. He is the vocalist of BTS because of his sweet and gentle voice. He sings beautifully, so many armies fell in love with him.

All BTS members have different vocal lines and qualities.

BTS Jin to His Members

RM is my funny person

Suga is my camping partner

J-Hope’s hobby is calling my name

Jimin is my game opponent

Tete is my V (wealth)

Jungkook is my jeke

When Jin was a high school student, he was scouted by SM Entertainment, one of the major Korean Entertainment agencies. He passed the first test but didn’t end up in the agency

Jin’s dream was to be a newspaper reporter. Then, he saw Kim Nam-Gil’s acting in the drama “Queen Seondeok,” and he dreamed of becoming an actor. So, he went to Konkuk University to study Film Arts, aiming to be an actor.

While enrolled in college, he was scouted by a person from Big Hit Entertainment. He auditioned to become an idol. He passed the audition and joined as a trainee. After a rough training period, he debuted as one of the BTS members.

Jin and his brother opened a restaurant in 2018. It is a Japanese restaurant called “Oshin In! Steamed Seiro,” which has a store in Seoul. His older brother is the CEO. Of course, it is now a popular restaurant with 18 kinds of vegetables and meat. You can eat in this restaurant for about 60,000 to 80,000 won.

All the BTS members are always watched by the paparazzi. So far, no rumors are circulating about whether or not BTS Jin has a girlfriend.

But Jin has an ideal type of woman he wants to marry. He also stated in an interview that he wants to get married at the age of 31. He said that he’ll be there soon when he goes to military service and comes back.

The average age of marriage in Korea is 35 years old, and it turns out that Jin wants to get married at a normal age.

Here are some details of Jin’s ideal type:

Based on these characteristics, it seems like Jin likes a cute woman rather than a beautiful one. Jin likes pink, so he wanted his ideal woman who likes to wear pink.

Jin also likes to eat and cook, so he thinks it would be nice to have a woman who can cook and eat so they can do it together.

Jin is the oldest member of BTS, so he will be the first member to go to military service in the future.

Jin’s military service has been reported many times. His call for enlistment was in 2020, but it was postponed, and he only had until the end of December 2022 to enlist. There are still reports about their exemption, and it isn’t finalized yet.

We all love how Jin is so bright and cute, of course, who loves to cook and eat! Knowing his personal life, story, and ideal type is our interest as a fan.

We will update you more about Jin when more information comes up!