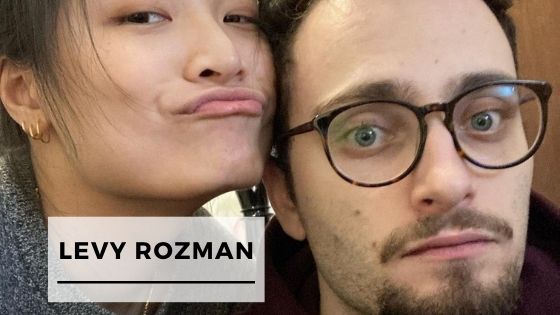 Why did you start playing chess? If you’re like many people, it’s probably because of Levy Rozman.

Levy Rozman, known online as GothamChess, is an international chess Master and commentator.

This chess guy has an approachable personality, and activity in the online chess community has helped bring the game to a wider audience.

Levy’s love for the game is evident in his work, and he’s inspired many others to start playing Chess.

So if you’re new to the game, be sure to check out Levy’s content and see what all the fuss is about!

11 Pics Of Antonio Radić aka Agadmator With His Fiancée

8 Pics Of Anna Rudolf With Her Boyfriend Callmekevin

He became one of the biggest chess channels on YouTube by posting replays, games, and analyses about chess starting in August 2020.

He is now a frequent commentator for Chess.com tournaments and is closely associated with the well-known GM Hikaru Nakamura.

The Rise to Fame of Levy Rozman

Rozman was born on December 5, 1995, in Brooklyn, New York, and spent his childhood shuttling between New York and New Jersey.

He took up chess at age six as an extracurricular activity and competed in his first tournament a year later.

In 2011, he was named National Master by the US Chess Federation; in 2016, he achieved the title of FIDE Master; and in 2018, he became an International Master.

See also  8 Pics Of Anna Rudolf With Her Boyfriend Callmekevin

Rozman began working as a scholastic chess coach in 2014.

Before devoting himself full-time to Chess, he had a stint as a client service associate for UBS Wealth Management.

Rozman is a professional twitch streamer and YouTuber. His channel focusing on Chess has 1.52 million subscribers as of March 20, 2022. This makes him the most-subscribed chess channel on YouTube.

Rozman has been part of Chess.com’s streaming partnership since 2017 and is a regular commentator for the platform.

He’s well-known for his in-depth analysis of tournaments like PogChamps and the 2020 Candidates Tournament.

Rozman’s YouTube channel saw a huge surge in popularity following the release of The Queen’s Gambit.

He has a ton of videos with over one million views, including an instructional overview of the Queen’s Gambit and a game against the Beth Harmon bot on Chess.com. Plus, he’s done in-depth explanations of games played in the series.

At only 23 years of age, Levy Rozman has already accomplished a great deal in the world of chess.

He is currently ranked as an International Master, the second-highest formal chess rank under only Grand Master. He earned this title in August of 2018 from the US Chess Federation.

Additionally, the International Chess Federation has ranked him as the 3,148th-best chess player in the world.

After his success in many competitions, Levy announced his retirement on July 11, 2022, from the competitive chess events. He stated that his retirement is due to physical and mental stress.

Aside from his online ventures, Levy donated $100,000 from the Levy Rozman Scholarship Fund to elementary, middle, and high school chess programs. ChessKid, a subsidiary of Chess.com, administered it.

Through the Fund, schools can be awarded between $5,000 and $15,000 to cover the costs of training, tournament fees, and travel expenses.

Additionally, in 2022, Levy was nominated for Best Chess Streamer in The Streamer Awards.

Levy Rozman and his Wife, Lucy

Yes, you read it! Levy is already married to his girlfriend, Lucy.

Like Levy, his wife Lucy is also an excellent chess player and plays under the nickname Lucilleovich.

However, there is not much information about these couples and how they started dating.

It looks like the duo has been together since February 2019.

Lucy shared on her Instagram post that she ghosted Levy for three years, but surely Levy didn’t want to give up. And then, Lucy decided to give him a chance, and they became an official couple in 2019. What a lucky man!

In December 2021, the couple got married in NYC-winter-pandemic fashion. The couple is cutely wearing big black puffer jackets and face masks for their wedding.

As of today, based on their Instagram account, the married chess duo doesn’t have children yet,  but they’re happily living together with their best pet, Floppy.

Scroll down to see all 9 pictures of the couple

When we first published this article, these two were still in a relationship, and we are happy to know they finally got married! As a bonus, here is a photo of their cute and simple wedding!

In March 2021, Rozman hit the international scene when he was defeated by an Indonesian chess player going by the name Dewa_Kipas, which means “Fan God.”

See also  8 Pics Of Anna Rudolf With Her Boyfriend Callmekevin

It turned out that Dewa_Kipas was, in fact, cheating, and their account was promptly shut down. However, this win came at a cost for Rozman.

Indonesian netizens were enraged at the result, and Rozman began receiving harassment on social media.

As a result, he took his social media accounts private and took a short hiatus from streaming.

8 Pics Of Anna Rudolf With Her Boyfriend Callmekevin

11 Pics Of Antonio Radić aka Agadmator With His Fiancée