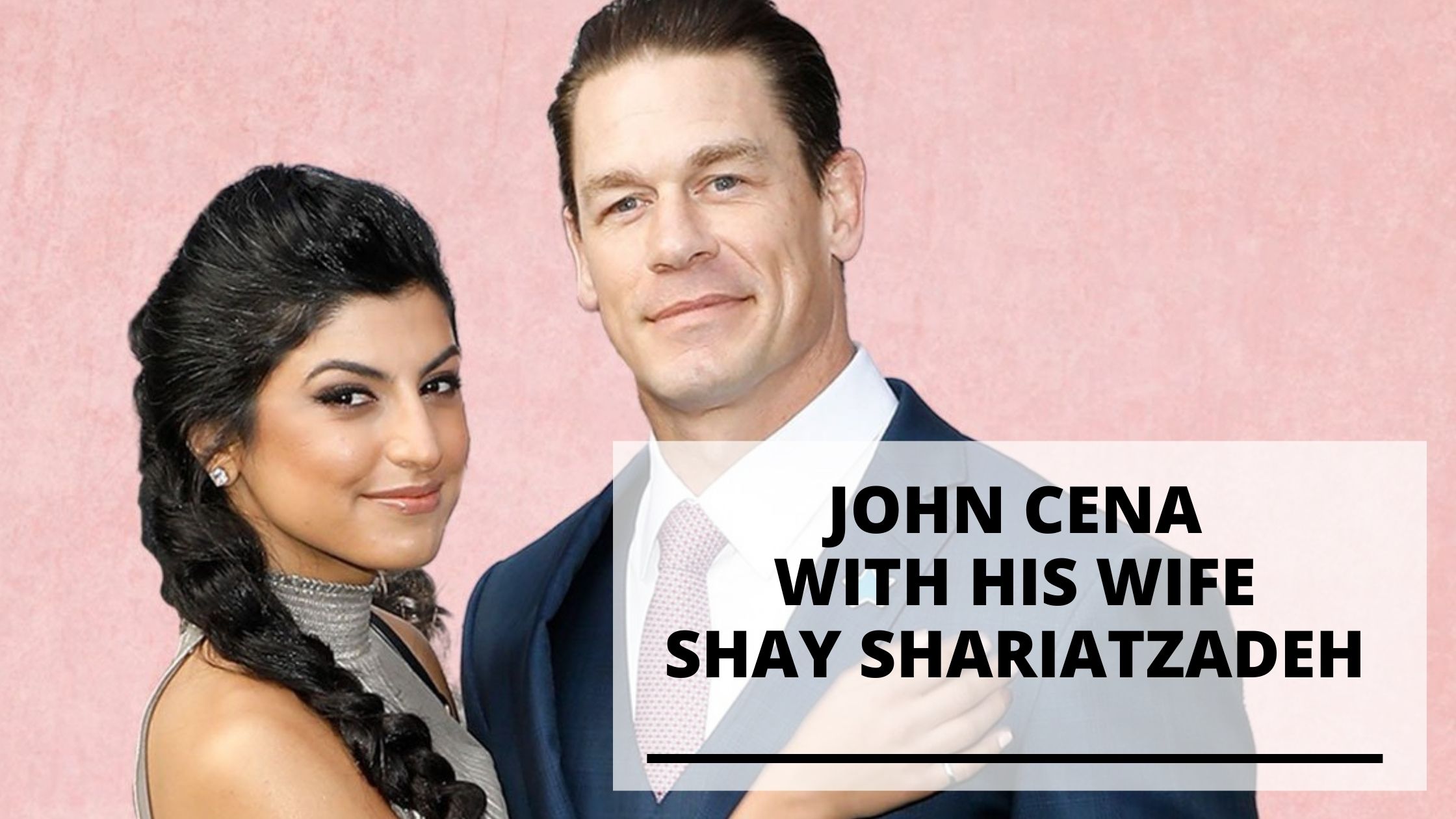 Let’s get to know the famous wrestler, John Cena! Almost everyone knows this guy, but let’s dig deeper into his story, personal life, relationship, and more.

John Cena is one of the greatest professional wrestlers in history and tied with Ric Flair for the most world championship reigns. He was born on April 23, 1977. He attended high school at Central Catholic High School and transferred to Cushing Academy, a private prep boarding school. He became an NCAA Division III All-American center of their college football team in Springfield College. In the same college, he graduated with a degree in exercise physiology and body movement. After graduating, he pursued his dream of bodybuilding and worked as a limousine driver.

In this post, you will find information and pictures of John Cena and his wife Shay Shariatzadeh.

Related: 10 Pics Of Brandon Myles White With His Girlfriend

The Rise to Fame of John Cena

John Cena is an American bodybuilder, actor, and professional wrestler. He was born and raised in West Newbury, Massachusetts, and later moved to California to pursue a career as a bodybuilder. In 1999, he debuted for UPW or Ultimate Pro Wrestling. He signed with WWE or previously known as World Wrestling Federation, and was initially assigned to OVW. Cena gained fame as a trash-talking rapper in the WWE.

John won many singles titles in his career — the United States Championship in 2004 and the WWE Heavyweight Championship in 2005. In 2007, he became the company’s franchise player and public face, a role he still plays today. The 16-time World Champion has won the WWE Championship 13 times and headlined several major WWE pay-per-view events.

John isn’t only a wrestler. He first starred in The Marine in 2006. His performance in Trainwreck in 2015 established his acting resume. He then starred in Ferdinand, Blockers, and Bumblebee, which helped gain a bigger fan following. Cena first headlined F9 and was seen as a Peacemaker in the movie, The Suicide Squad.

People also know him from his involvement in many charity organizations, one being the Make-A-Wish Foundation. He has granted over 650 wishes since becoming involved with the foundation.

Cena has gone into relationships, from marriage, divorce, another engagement, and so on. He met his first wife, Elizabeth Huberdeau, before becoming a professional wrestler in 1999. They were married in 2009, but Cena filed for divorce in 2012 from his first wife and has since gone on to date fellow wrestler Nikki Bella. On April 2, 2017, Cena proposed to Nikki Bella at WrestleMania 33, and they became engaged. They separated on April 15, 2018, and were scheduled to marry on May 5, 2018, but chose to end their relationship.

On October 12, 2020, Cena married his girlfriend, Shay Shariatzadeh. He started dating Shariatzadeh in early 2019, and the two met during the production of Cena’s film Playing with Fire, filmed in Vancouver, where Shay works.

While John is filming Playing with Fire, he notices a group of women in a restaurant. That’s where he met Shay.

Get to Know Shay Shariatzadeh

Shay is an Iranian and born Canadian citizen. Unlike John, she has a low profile and has been in the spotlight since the 2000s. She’s an engineer who attended the University of British Columbia with a Bachelor’s Degree in Electrical and Electronics Engineering.

Does John Cena have a child?

John Cena doesn’t see himself as a dad. He mentioned many times in several interviews that he doesn’t want to have children because he is afraid that he’ll be an absentee parent.

On John Cena’s Twitter profile, he usually shared quotes and inspiring motivation for his followers.