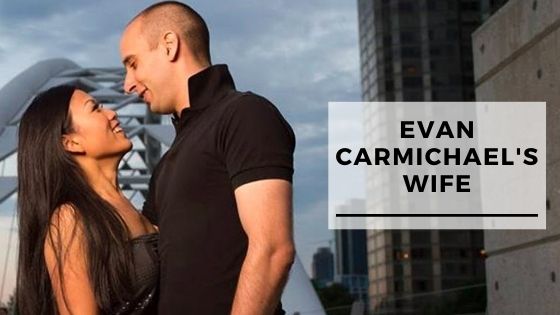 Online marketing is a rapidly evolving field, and new experts are emerging all the time. One of today’s most prolific experts is Evan Carmichael. He has a passion for entrepreneurship, leadership, and personal development. His unique background as a successful entrepreneur and online marketer has made him a popular figure among online communities.

The internet entrepreneur, Evan Carmichael, is also an author, speaker, and content creator. He authored the book “Built To Serve” and believes in entrepreneurism. Evan is also a motivational and leadership speaker and was listed as one of Forbes’s Top 40 Social Marketers. He was once called “the DJ who inspired people” by Gary Vaynerchuck, and the “modern-day Napoleon Hill” by Ed Mylett.

In this post, you will find 8 rare photos of Evan Carmichael with his wife Nina.

Best 10 Pics Of LazarBeam With His Current Girlfriend

10 Rare Pics Of John Green With His Wife

The Rise to Fame of Evan Carmichael

Before starting his own business, he wanted to be an investment banker, so he went to college. He graduated from the University of Toronto and received his Bachelor of Commerce major in Finance and Economics.

Evan built a biotech software company called Redasoft when he was 19 but sold it after. He later worked as an Associate for Northern Crown Capital. Then he became a venture capitalist at the age of 22, helping startups raise funds. He founded Evan Carmichael Communication Group in 2003, and in 2008, he started his own YouTube channel. He also authored “Built To Serve” and several other books.

He mainly focuses on and covers videos for entrepreneurs and people planning to start their businesses on his YouTube channel. He also interviews experts to share their business success. He has already accumulated over 3.20 million subscribers on his channel.

As a leadership speaker, he was named one of the Inc’s Top 100 Leadership Speakers.

He has been named one of Inc’s Top 100 Leadership Speakers. In 2020, he published a book titled Built to Serve. He’s set 2 world records, uses a trampoline & stand-up desk, owns Canada’s largest salsa dance studio where he met his wife and has a giant Doritos bag to remind himself that he’s stronger than the Doritos. Pretty interesting, right?

Evan Carmichael and his Wife, Nina

After quite some time of dating, Evan married his wife Nina on December 5, 2013. They are happily married with a son together. Evan shares some of their marriage and personal life on his YouTube channel, and one time he posted a video where he surprised Nina on their anniversary.

Check out the couples’ best 8 photos below.

Get to Know Nina Carmichael

Nina is a Chief Operating Officer in her husband’s Evan Carmichael Communications Group. She had many experiences in payroll before as she was an Accounting and Payroll Administrator in Wing Hing Renovation Co for 2 years, Payroll Coordinator in Transcare Community Support Services for 4 years, Payroll and Benefits Administrator in IBI Group for 1 year, and eventually became a Payroll Supervisor in Extendicare Inc. for a year. She had her diploma in Hospitality and Tourism Management from Centennial College and a diploma in Accounting and payroll from Seneca College of Applied Arts and Technology.

See also  11 Pictures Of Pat Flynn With His Wife & Children

Rare Pictures Of Peter Schiff With His Wife & Children