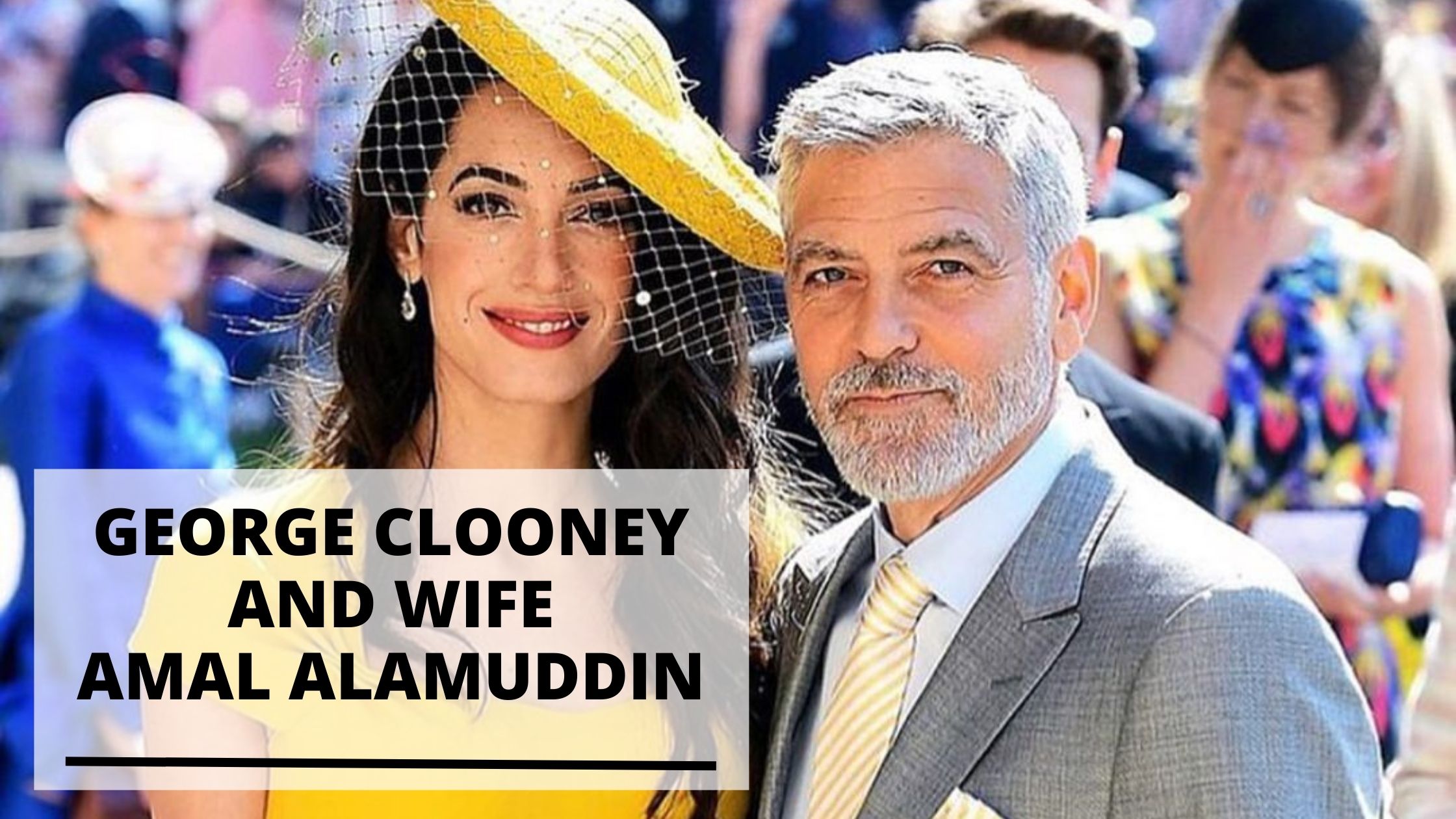 Let us start by saying that George Clooney is one of the most interesting people in Hollywood. With his handsome face, charming personality, and that trademark smirk, who wouldn’t want to get to know George Clooney? He’s a successful actor, producer, director, and screenwriter who’s been in the industry for many years. He’s also a humanitarian, philanthropist, and avid activist. We could go on detailing his exorbitant accomplishments in this post.

George Timothy Clooney was born on May 6, 1961, in Lexington, Kentucky. His mother is Nina Bruce, a beauty queen, and his father is Nick Clooney, a former anchorman. George is an American actor and a recipient of numerous prestigious accolades like the Golden Globe Awards, British Academy Film Award, and Academy Awards. His nominations are for his work as an actor and as a producer.

In this post, you will find information and pictures of George Clooney with his wife, Amal Alamuddin.

The Rise to Fame of George Clooney

George made his Hollywood debut on TV in 1978. He was recognized for his role as Dr. Doug Ross in ER and received two nominations for Primetime Emmy Awards. Clooney also attracted various leading roles in films, such as From Dusk till Dawn and Out of Sight. In 1999, he starred in Three Kings, which was well received.

One of Clooney’s biggest commercial successes was the 2001 remake of Ocean’s Eleven, directed by Soderbergh and followed by a few other successful blockbusters. He directed Confessions of a Dangerous Mind a year later, which was his directorial debut. He won Best Supporting Actor from Academy Award for the 2005 Syianna and has since earned a number of Best Actor nominations. He won an Academy Award for Best Picture in 2013 for producing Argo.

George was once married and got divorced. But, first, let’s talk about his relationships before he met Amal.

George once dated Kelly Preston, and they purchased a Vietnamese Pot-bellied pig named Max. When they ended their relationship, George kept the pig until it died in 2006. He joked that Max was his longest relationship.

In 1989, George married the actress Talia Balsam. However, the two got divorced in 1993. He then had relationships with actresses Ginger Lynn Allen, Cameron Diaz, and Frances Fisher. He also dated Céline Balitran. He also got linked with Charlize Theron and Lucy Liu. Other relationships he had are with Lisa Snowdon, Renée Zellweger, Jennifer Siebel Newsom,  Krista Allen, Linda Thompson, Sarah Larson, Elisabetta Canalis, and Stacy Keibler.

Finally, he met his true love. In 2014, he became engaged to Amal Alamuddin, a British-Lebanese human rights lawyer. The couple has an age gap of 17 years. They met in 2013 at a dinner party. After six months of being together, George asked Amal to be his wife.

In July of 2014, George Clooney publicly ridiculed the British tabloid, the Daily Mail, after publishing false claims that his future wife’s mother was against the wedding because of religious purposes. The tabloid apologized, but George refused it. He called the paper “the worst kind of tabloid,” one that fabricated facts and put them out to the disadvantage of its readers.

George and Amal had their marriage licenses at the Royal Borough of Kensington and Chelsea of the United Kingdom, then they were officially married on September 27, 2014, at Ca’ Farsetti. They were wed by Walter Veltroni, George’s friend and former mayor of Rome.

Scroll down to see George and Amal’s 10 best photos.

Amal gave birth to a daughter and a son in 2017, who were twins named Ella and Alexander. In 2020, George Clooney revealed that the twins are fluent in Italian, despite neither Clooney nor Alamuddin speaking the language.

Amal Alamuddin Clooney was born in Beirut, Lebanon, on February 3, 1978. She was qualified to practice law in the United States and England, and Wales. Some of her clients include Maria Ressa, a Filipino-American journalist, CEO and Founder of Rappler, and a Nobel Prize laureate.